Generally, when a dispute arises between an insured and its insurer as to whether proper notice was provided under a policy, the dispute turns on whether such notice was timely provided to the insurer.

Seldom is the case where an insured and insurer dispute the proper address to which notice of a claim should be sent. Yet, this was precisely the issue in the Third Circuit Court of Appeal’s recent decision in Atlantic Health System, Inc. et al., v. National Union Fire Ins. Co., 2012 WL 640033 (3d. Cir., February 29, 2012), wherein the Third Circuit held that notice of an underlying lawsuit submitted by Atlantic Health System (“American Health”) to National Union Fire Insurance Company (“National Union”) was improper because it was sent to the wrong National Union address, thereby precluding coverage to American Health. 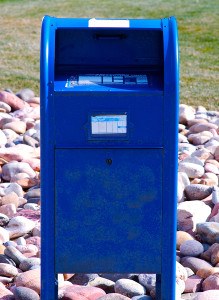 The Third Circuit’s decision is significant for insureds and insurers alike as it demonstrates New Jersey’s strict adherence to the precise terms of notice provisions contained in claims-made policies.

The Notice/Reporting provisions of the 2003-2004 National Union policy required that notice must be provided in writing to 175 Water Street, New York, N.Y. Of course, American Health sent the renewal applications, not to Water Street, but to Pine Street.

The United States District Court for the District of New Jersey, in applying New Jersey law, granted summary judgment in favor of National Union, holding that the renewal applications did not satisfy the reporting requirements under the policy. The District Court stated that strict adherence to the reporting provisions in a claims-made policy is essential and that the policy clearly required written notice to a specified address within a specified period of time.

On appeal to the Third Circuit, American Health argued that National Union was provided notice of the Med Alert lawsuit in writing (via the renewal applications) during the policy period and that the failure to send notice to Water Street, as opposed to Pine Street, which American Health asserted are one-tenth of a mile apart, is immaterial.

The Third Circuit was not persuaded by this argument. The court recognized that controlling New Jersey law dictates strict adherence to the claims reporting requirements in a claims-made policy and the reasoning behind such strict adherence derives from the fact that claims-made policies are underwritten to calculate risk based upon a fixed end point. Such policies are therefore less expensive. The court further stated that extending the reporting period would increase the insurer’s risk and the insured’s premiums.

Therefore, unlike under “occurrence” based policies where a notice provision may be afforded a liberal construction, the Third Circuit held that notice provisions in claims-made policies require strict application.

The court ultimately held that notice to National Union’s underwriters at the Pine Street address did not comply with the notice provision of the 2003-2004 policy and that coverage was therefore properly denied. In so holding, the Third Circuit noted that is would not be reasonable for an insured to insist that an underwriting department sift through renewal applications and determine what should be sent to the insurer’s claims department.

The court also took notice of the fact that American Health had a history of complying with the terms of policy’s notice provision – a point not lost on the District Court who noted that American Health’s July 23, 2004 and August 17, 2004 notice letters were sent to National Union’s Water Street address.

Thus, the Third Circuit affirmed that National Union did not waive its right to assert defective notice.

What’s significant about the decision in National Union is that the insurer was provided actual notice of the Med Alert lawsuit during the policy period of a claims-made policy. However, the Third Circuit recognized that the policy clearly set out the specific procedure by which American Health was to provide National Union notice of a claim. In this regard, there could be no ambiguity – a claim was to be submitted to a specific address within a specific time.

The court’s decision is a reminder that when it comes to proper notice, insurers should be cognizant, not just about the timeliness of transmittal, but of the channel through which the claim was submitted. Under New Jersey law, a court will not write a better policy for an insured than that which was purchased. Accordingly, American Health’s renewal application, which was not submitted to provide notice of a claim, and which was submitted to a different address than that required under the policy, did not serve as proper notice.

Blake Palmer, Esq. is an associate at Carroll McNulty & Kull LLC in Basking Ridge, New Jersey and can be reached at bpalmer@cmk.com. Palmer practices primarily in the areas of complex insurance coverage litigation and commercial litigation.