As a home improvement contractor himself, Robert MacKerron would seem like one of the last consumers who might fall victim to a contractor taking his money and never finishing the job.

But that’s exactly what happened to the Watertown, Mass., resident after he hired a contractor to shore up retaining walls around his home that were collapsing and threatening the foundation. With $50,000 already spent, MacKerron said the contractor left him with a job only half done – and shoddy construction to boot.

“I felt bad for the guy,” said MacKerron, who owns a roofing and gutter service. “I think he just got over his head and couldn’t finish.” 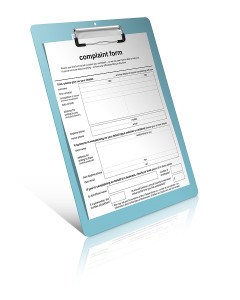 Gripes about home improvement contractors, along with used cars, insurance policies and foreclosure scams were among the top consumer complaints lodged by Massachusetts residents last year. Several state and federal agencies, along with the Better Business Bureau, gathered Tuesday to release their respective lists of the top five categories of complaints their offices received in 2011.

MacKerron, who was invited to share his story, said being a home improvement contractor makes him particularly sensitive to the reputation that his profession often has for unscrupulous dealings, and he tries to be above board with his own clients.

“If a customer has a beef, they will usually get money back from me,” he said.

When the tables were turned, MacKerron said he first called the Better Business Bureau, which referred him to the home improvement contractor arbitration program run by the state Division of Consumer Affairs and Business Regulation. He ended up with a $10,000 settlement, not enough to make him whole, but a start.

“I believe when you are given a lemon, you have to make lemonade,” said MacKerron, who declined to identify the contractor.

Contractor concerns perennially are among the leading gripes lodged with the state consumer office, as are beefs with defective used cars, which again made the top 5 list in 2011. The three others were all insurance-related: Auto, health and home.

Barbara Anthony, state undersecretary of consumer affairs, said the destruction caused by the June 1 tornadoes in western Massachusetts caused a spike in complaints about home insurance policies, with many homeowners frustrated their policies did not cover the full cost to repair or replace their homes.

Policies should be frequently reviewed and updated because, “you never know when catastrophe is going to strike,” Anthony said.

The rise in auto insurance complaints, she explained, appeared directly tied to the state’s recent deregulation of the market, which has more than doubled the number of companies selling car insurance in Massachusetts. While it has given consumers more choices, it has also generated more grumbling from motorists who may feel misled about their coverages.

Most health insurance complaints, Anthony said, dealt with people angry at private insurers for not covering a particular service or procedure.

Such schemes, Monahan said, prey on homeowners who are already in financial distress and struggling to save their homes from foreclosure.

Consumers should dismiss any loan modification offer that includes an upfront fee – because such a fee is illegal, he said. Companies that guarantee new loans or lower monthly payments should also not be trusted because such promises are impossible to make.

“There are people out there who want to steal your money, or steal your information.” said Monahan. “They don’t have a gun, they aren’t breaking into your house, but they are trying to steal from you and you need to be savvy enough to protect yourself from that.”

The Better Business Bureau said processing fees and other bank-related complaints topped its list, along with collection agencies and automobile dealers – both for new and used cars. The bureau also said it received a spike in complaints about online clothing sales, most related to a single retailer that has since gone out of business.