An important elevator safety mechanism was turned off when an advertising executive was crushed to death trying to take the lift to her office, city investigators found in a report released Monday.

A mechanic overrode the mechanism, a safety circuit that normally prevents elevators from moving with their doors open, to enable work on the midtown Manhattan elevator about a half-hour before an elevator did just that and killed Suzanne Hart on Dec. 14, the city Department of Investigation and Department of Buildings found. 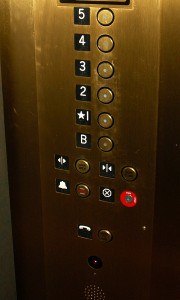 The mechanic insisted he’d put the safety system back online by the time Hart tried to step into the car, but investigators concluded the mechanism “was apparently bypassed at the time of the fatal incident, thereby allowing the car to move with its doors open,” the investigation agency said.

The Buildings Department, meanwhile, suspended the elevator repair company owner’s license. He failed to notify the agency and get an OK to put the car back in service after the repairs that day, among other missteps, officials said.

The elevator repair company, Transel Elevator Inc., had no immediate comment. Isabelle Kirshner, a lawyer for mechanic Michael Hill, said she was reviewing the reports but noted he had been “completely cooperative” with the investigation.

The Manhattan district attorney’s office was reviewing the report, the product of an investigation that entailed interviewing several workers, reviewing video footage and even recreating an incident that crystallized the fears of many who rely on elevators in a city of skyscrapers.

Hart, 41, was heading to her office at the advertising agency Y&R, formerly known as Young & Rubicam, when she tried to get into one of several elevators in the lobby of 285 Madison Ave., a 27-story tower built in 1926. Two other people were already in the elevator.

As they looked on in horror, it started rising with the doors still open, dragging Hart between the car and the wall. It got stuck between the first and second floors.

“These workers and their supervisors failed to follow the most basic safety procedures, and their carelessness cost a woman her life,” Buildings Commissioner Robert LiMandri said in a statement. Besides putting the elevator back into service without proper clearance, workers didn’t follow simple precautions such as strapping caution tape across the elevator door, the agency said.

“If these safety measures were in place, this tragedy would have been prevented,” LiMandri added. His agency already has cited Transel with 23 violations carrying a minimum penalty of $117,000.

Investigators considered a range of possibilities, including faulty wiring, a power surge and a programming or brake failure. But they ultimately concluded that the only way the elevator could have started moving under the circumstances was with the safety circuit bypassed.

Mechanic Michael Hill initially told investigators he had no idea why the elevator might have moved with the doors open. Weeks later, he told them under oath that he had temporarily hooked up a wire on the elevator control panel to bypass the safety circuit earlier that morning, the report said.

The procedure, known as jumping, is often done during repairs so that workers can position a car between floors, open the doors to the elevator shaft, and step onto the top of the car to work. Workers were at 285 Madison that day to reduce the speed of some of the elevators.

Hill was adamant that he had not accidentally left the jumping wire connected to the control panel once the elevator was in position, the DoI said. He said the wire had never left his hand, and he later gave investigators the wire he said he had used.

That wire didn’t look as though it had been used for jumping the safety circuit, however – and in the interim, some wire “consistent with” wires used for jumping was found under the metal-grate floor by the control panel, the report said.

The building, owned by Y&R, was closed for about three weeks; the elevator involved in the accident and another car were still out of service as of Monday. Y&R, which was cited with 11 building code violations after the incident, said in a statement Monday that the city agencies’ findings showed Transel workers were at fault and “finally give us closure.”

With Transel owner John Fichera’s license suspended, the company can’t install or inspect any elevators until it appoints someone else who holds a specialized license for elevator company directors. Transel says it maintains more than 2,500 elevators around the city. Fichera’s lawyer didn’t immediately respond to text and email messages.

While elevator accidents are few – 53 were reported among the more than 60,000 working elevators throughout the city in 2010 – they stoke anxieties for many New Yorkers. A day after Hart’s death, an elevator repairman was charged with assault and reckless endangerment in a similar incident at a Brooklyn hospital on Christmas Day 2010. In that case, a woman was dragged up eight floors; her arm and leg were crushed against the wall of the elevator shaft.

There, too, the safety mechanism that prevented the elevator from moving with its doors open had been disabled, Brooklyn prosecutors said. The repairman, who has pleaded not guilty, said the episode was a terrible accident.