With only eight days to live, a wealthy, ailing Massachusetts merchant wrote in his will 351 years ago that he was leaving a spectacular 35-acre seafront property for the benefit of public school children, decreeing the land should never be sold or wasted. 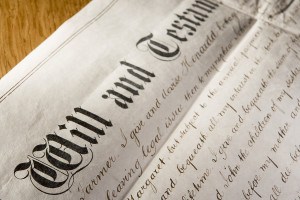 The dying wish of William Payne, one of the state’s earliest settlers, created the nation’s oldest charitable trust and eventually led tenants to build 167 cottages – most of them used by summer vacationers – on the land he left for the seaside city of Ipswich. The rent money has generated some $2.4 million to help fund public schools over the last 25 years.

Now, the trustees want to tear up the will, convert the property into condominiums and sell them to the tenants to settle a 2006 lawsuit filed by the tenants over rent increases. But hundreds of Ipswich residents have gone to court to block the settlement, saying it violates the sacred intent of Payne’s will and shortchanges the schools.

The Massachusetts Appeals Court is considering whether to nullify the settlement and is scheduled to hear arguments in the case March 2.

The residents contend that while independent appraisals show the value of the land is an average of about $41 million, the agreement sets a sale price of nearly $32 million. They also say that the settlement also denies public schools the benefit of rising land value that occurs over the long term and that could help them collect higher rents.

Attorney General Martha Coakley, whose office enforces laws governing public charities, is supporting the settlement approved by a probate court judge in December, saying that the trust is no longer able to carry out Payne’s wishes.

Mark Swirbalus, who represents opponents of the settlement, said the case sends a “troubling message” because it shows the intent of someone setting up a trust could be trampled and the rights of beneficiaries could easily be compromised in decisions that do not protect their best interest.

“In short, the agreement to sell the land, and the court’s approval of this agreement, seem to have been done for the sake of expedience, regardless of William Payne’s intent and Massachusetts law,” Swirbalus said.

Residents seeking to block the deal have accused trustees of mismanagement, operating in secrecy and making sporadic and small payments to public schools for years long before the tenants sued over the rent. Disputes over wastewater and other necessary improvement to the land also fueled complaints against the trustees, formally known as Feoffees of the Ipswich Grammar School.

“The fundamental problem in all this is there are a lot of different opinions in town as to whether the trustees are sort of willfully evil or just incompetent,” said Douglas DeAngelis, an Ipswich parent and one of the 14 people seeking to join the lawsuit. “But, at the end of the day, you have a $40 million asset that’s never been professionally managed.”

Payne’s land gift was intended to help Ipswich comply with a 1647 colonial law that required communities with more than 100 families to set up a grammar school to prepare students for admission to “the College at Cambridge” – a reference in his will to Harvard College, founded in 1636 with a mission to prepare young men for the ministry.

The second paragraph of Payne’s handwritten will declares in flourishing script: “I giue vnto the free scoole of lpswitch, the little neck of land alt Ipswitch, commonly knowne by the name of Jeferrys neeck. The which is to bee, and remaine, to the benifitt of the said scoole of Ipswitch, for euer, as I haue formerly Intended, and therefore the sayd land not to bee sould nor wasted.”

Ed Cafasso, a spokesman for the sale opponents, said the plaintiffs are not only contesting the probate court ruling, but also contend that Coakley “failed to investigate evidence of the charity’s mismanagement,” including the fact that so little money has been distributed to the schools over the years as well as previous instances in which trustees rented cottages they were managing – leaving them with little incentive to set rents at market value.

The attorney general’s office, however, on Friday defended its decision to support the land sale, saying the trust had become ineffective in serving its stated purpose of aiding Ipswich schools.

“The settlement terms … comply with charities law and achieve two important goals: First, they restore a much needed revenue stream for the Ipswich schools consistent with William Payne’s wishes and ensure the long-term viability and sustainability of his gift in the future,” Brad Puffer, spokesman for Coakley, said in a statement.

“Second, they provide for a publicly appointed board to govern the trust that will be created with proceeds from the sale of the Little Neck land,” Puffer said. “This change will enhance public accountability and transparency for the trust going forward.”

Trustee Peter Foote, who manages affairs on behalf of other trustees, declined to comment.

Attorney William Sheehan, who represents the trustees, said the settlement represents the best option in efforts to ensure that Ipswich schools continue to receive funding from Payne’s dying wish.

Suggestions that the trustees have mismanaged the land “and this notion of `no, we are better off if the property is rented”‘ ignores the fact that the settlement shifts to condo owners the burden of about $1 million required to fix significant erosion problem that occurred on the land in 2007, Sheehan said.

The settlement also eliminates the uncertainty created by a potential liability from the 2006 lawsuit that tenants filed to block the trustees from evicting them from their cottages for refusing to pay higher rents, Sheehan said.