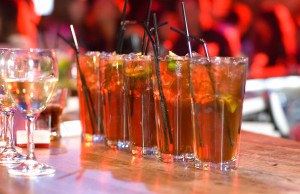 A judge has thrown out a New Jersey man’s lawsuit against a Greenwich Village pub over injuries he suffered following a beer pong game.

The judge said Berger “consumed alcohol to the point of diminished capacity.”

Court papers say Berger played the game for 3 1/2 hours in June 2009. He later was struck by a car while trying to cross a highway in Manalapan, N.J.

His lawyer said his injuries included a broken hip, leg and foot.

Berger claimed the bar should have been monitoring the game to make sure players weren’t getting visibly drunk.

The New York Post says his lawyer will ask the judge to reconsider the ruling.