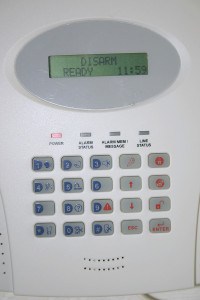 While Jerry Kappes has thought about getting a home security system for many years now, it wasn’t until recently that he had one installed.

Before, he would have friends or neighbors check on his house when he was away, but it was always a nagging thought in the back of his mind that he needed something more.

“With all that we heard recently about home invasions in and around the county, we thought it might be a good idea to make that move (to a security system),” the Ocean View resident said. “It’s for peace of mind as much as anything.”

“I can’t speculate as to the cause of the (increase), but can view them as crimes of opportunity in a slow economic period, which can be reduced through public education and awareness,” said DSP spokesman Sgt. Paul Shavack. “We can’t predict crime, but we can take measures to prevent it.”

The increase in home invasions and burglaries this year has prompted many homeowners, year-round and seasonal, to install security systems, and local businesses are reaping the benefits.

Sean McCracken, owner of National Security, which serves all of Delaware with an office in Rehoboth Beach, said he’s seen a 20 percent increase in customers this year. Most have been residents concerned about break-ins, he said.

“It’s the best way. If someone breaches a door or enters the home, the police are notified right away,” he said. “You know nobody is waiting inside your home for you.”

Jim Barnes, owner of Signature Alert security systems in Ocean View, said winter tends to be his busiest time of year because many people vacate their resort properties when temperatures drop.

“The systems allow homeowners to keep an eye on their property while they aren’t here,” he said. “It also provides peace of mind for permanent residents.”

But some residents say they can’t afford a security system.

Millsboro resident Jeanette Bradley, who lives near a home that was recently burglarized, said she would have a security system if she could afford it. Instead, she keeps her windows and doors locked and doesn’t answer the door at night.

“This is a big concern,” Bradley said. “I do the best with what I have.”

There are many low-cost ways residents can avoid being victimized. The DSP suggests homeowners lock all doors and windows, place a “beware of dog” sign in their yard, engrave and photograph all valuables, always give the appearance that someone is home, and watch for suspicious activity.

“The reality is you can do a lot of those tricks … I just feel having a security system, you know if someone is in your house or not,” Barnes said, noting there is a big misunderstanding about the cost. “Yes, security systems can cost $2,000 plus, but you don’t have to get that. It really does depend on what you (buy).”