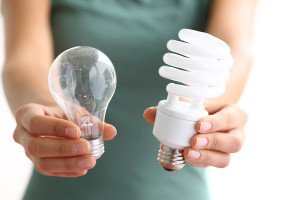 The Prince William County Republican has introduced legislation to allow the manufacture and sale of incandescent light bulbs within Virginia’s borders after new federal energy standards take effect. The standards would essentially take the bulbs off the market.

The bill, which is pending in a House subcommittee, is one of a handful seeking to blunt what conservative lawmakers consider federal intrusion into state prerogatives.

“This is a 10th Amendment issue,” Marshall said, invoking the provision that reserves for states all powers not specifically given to the federal government by the U.S. Constitution.

But it’s also a safety issue, Marshall said. He said the more energy-efficient compact fluorescent lamps, or CFLs, contain high levels of mercury, which can be hazardous if bulbs break. He said a single CFL contains enough mercury to pollute 6,000 gallons of water.

“You need a small hazmat operation if you break one,” Marshall said. “I want Virginians to have safe lighting in their homes.”

Marshall is not alone in resisting the federal mandate to convert to CFLs and halogen lights, which also are more energy efficient than standard bulbs. Seven other states have legislation pending to deal with the issue, according to the National Conference of State Legislatures, and a Texas law took effect this month stating that incandescent bulbs manufactured in the state are not subject to federal law or regulations.

The light bulb measure, House Bill 66, also is not Marshall’s only jab at federal authority. Other proposals would exempt Virginia homes from any federal legislation imposing energy efficiency standards and declare waterways entirely within the state’s borders off-limits to regulation under the federal Clean Water Act.

“These bills are ideologically driven,” said Glen Besa, Virginia director of the Sierra Club. “They’re intended to play to the anti-federal government crowd, and that’s a waste of the legislature’s time.”

Even Attorney General Kenneth Cuccinelli, who has waged high-profile battles with the federal government on health-care reform and environmental standards, is opposing the light bulb measure.

“While the attorney general does not support the federal light bulb ban as a matter of policy and hopes that Congress will repeal it, the primary job of the Office of the Attorney General is to make legal judgments on the law as it is, as opposed to how one might wish it to be,” Cuccinelli’s spokesman, Brian Gottstein, said in an email. “Based on the law as it currently stands, the federal light bulb ban is constitutional, and therefore, it would pre-empt HB66 under the Supremacy Clause of the United States Constitution.”

Marshall contends Cuccinelli’s position is inconsistent with his stance he has taken in fighting the Obama administration’s health care reform law, which requires citizens to buy health insurance or pay a penalty. Cuccinelli has claimed Congress lacks authority under the Commerce Clause to compel citizens to buy a product, and that the federal law conflicts with a state statute that says Virginians can’t be forced to buy insurance.

The attorney general says there are clear distinctions between the light bulb bill and the insurance mandate.

“Unlike prior attempts to regulate the manufacture or sale of commodities for which there was a national market, Congress did something truly unprecedented with the individual mandate,” Gottstein wrote. “It sought, for the very first time, to force citizens into commerce for the sole purpose of then being able to impose regulations. That is very different from the light bulb ban.”

The phase-out of the traditional light bulb was included in the Energy Independence and Security Act of 2007, a wide-ranging measure that also addressed issues ranging from vehicle fuel economy to solar power. The light bulb provision was scheduled to take effect Jan. 1, 2012, but consumer complaints prompted Congress to delay enforcement until October.