People heading out to bars in central Pennsylvania are increasingly being asked to show more than proof of their age. 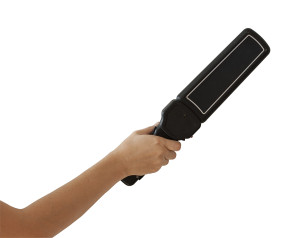 Some clubs in the Harrisburg area are passing a metal-detecting wand over customers to make sure they’re not carrying weapons.

The detectors – long a staple at airports, courthouses and some schools – are the newest tool for flagging dangerous bar patrons.

John Mathias, state police liquor control enforcement office supervisor, told The (Harrisburg) Patriot-News that there has been a jump in use of the detectors.

“We see them often. It has developed over the last five years. Generally, you find them in places that draw the larger crowds,” Mathias said.

Part of the reason, he said, may be that the state Liquor Control Board is increasingly telling bars that it will withhold their licenses if they can’t control customers – unless they use metal detectors.

“We tailor each conditional licensing agreement to the establishment, and while it’s not unusual to place that stipulation on an establishment, you’ll commonly see that as part of an agreement where there is behavior that necessitates it,” board press secretary Stacey Witalec said.

Officials say, however, that use of the detectors is no guarantee that the bar will be free of violence.

“Wands and other screening devices are helpful. But they’re only as successful as the character and integrity of the person (or) establishment using them,” Lt. Robert Fegan of the Harrisburg police department said.

Ron Kamionka, president of Kamionka Entertainment Group, said the company does not use detectors at all properties but does use them at some – and reserves the right to do so.

“If you don’t allow trouble in at the door, you’re not going to have trouble inside,” he said.