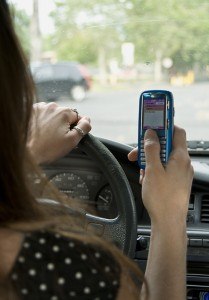 Supporters of tougher laws against distracted driving said Wednesday they hoped the National Transportation Safety Board’s call for an outright ban on all non-emergency cellphone use by motorists would encourage Massachusetts to expand on a law that bars texting while driving.

Others, however, said the current law is sufficient and that the NTSB’s recommendation would be an unwarranted government intrusion.

The state law that went into effect in September 2010 fines motorists $100 for texting while driving, with fines increasing to $500 for repeat offenders. It also bars junior operators – those 18 and younger – from any kind of cellphone use while driving and teens who violate the law face suspension of their licenses.

Police around the state have issued hundreds of citations since the law went into effect. Yet many believe it does not go far enough.

Jeff Larson, president of the Massachusetts-based advocacy group Safe Drivers Alliance, said he’d prefer the state allow cellphone use only with hands-free devices. He said the texting ban doesn’t even take into account all the modern ways in which phones can distract drivers.

“(Tweeting) and Facebooking and sending e-mails and watching videos and fiddling with apps, all of the things you can do these days on smartphones,” Larson said. “We need to get the phone out of people’s hands.”

While Larson did not see the likelihood of a total prohibition on cellphone use by drivers, including hands-free devices, “if the NTSB’s call for a complete ban on cellphones gets the conversation going, then we are more than happy to have that conversation,” he said.

Legislation introduced by Rep. Cory Atkins, D-Concord, would amend the current law to ban all Massachusetts drivers, regardless of age, from using cellphones unless they have a hands-free device. A similar bill proposed by Rep. Jay Kaufman, D-Lexington, would add a “carrot-and-stick” provision to the ban. Motorists ticketed for violating the cellphone ban would not have to pay the fine if they purchase a hands-free device within 14 days and mail a copy of the receipt to the state.

Neither measure has yet emerged from the Legislature’s Transportation Committee, though they could still be considered after January during the second year of the two-year session.

Rep. Peter Durant, a Spencer Republican who serves on the committee, said he might consider a bill that limited cellphone use to hands-free devices, but felt the NTSB went “overboard” and wanted to see more evidence that distracted driving laws actually work.

“I think obviously we have to be cognizant of public safety,” said Durant. “But my first reaction is how much government intrusion are we willing to accept into our lives?”

“There is a way to do it responsibly. I don’t agree with that recommendation and obviously it’s up to the states to make those determinations,” Brown said.

“I think we have done the right thing with texting in Massachusetts,” he added.

Brown said he and other lawmakers would fight any attempt to pressure states into approving cellphone bans by withholding federal highway funds or other means, though the NTSB did not recommend such a tactic be used.

The five-member board issued its recommendation Tuesday in connection with its investigation of a deadly Missouri highway crash involving a pickup, a tractor-trailer and two school buses. Investigators said the 19-year-old driver of the pickup, who was killed, had been distracted by a series of text messages in the minutes before the accident. A 15-year-old student on one of the school buses also died and 38 other people were hurt.

Gov. Deval Patrick’s administration did not immediately indicate whether it would support a change in the law but said the existing law had heightened awareness of the dangers of texting or using a cellphone while driving.

Some who rely heavily on their cellphones for work said a ban was unrealistic in a society where instant communication is the norm.

“Given the fact that we’ve created a set of expectations in the world right now that you can be reached a lot more easily than you used to be, it would affect things greatly,” said Jeffrey Denner, a prominent Boston attorney. Prohibiting all cellphone use while driving would be “silly,” Denner said, and would have a huge impact on the way he does his job.