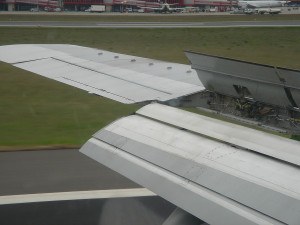 New runway safety technology intended to prevent airplanes from overshooting runways has been unveiled at the Groton-New London Airport.

The Day of New London reports that officials on Monday unveiled two safety zones lined with covered blocks of crushable concrete designed to slow and stop a plane before it overruns the runway. It’s the first airport in Connecticut to use the $9 million system.

The company that manufacturers the safety technology says it’s been installed at 42 airports in the United States and is credited for stopping eight runaway planes without major damage or serious injuries to passengers.

In 1985, a C-130 transport plane overshot a runway at the Groton-New London Airport. The 12-person crew was unharmed and the U.S. Coast Guard moved the plane.