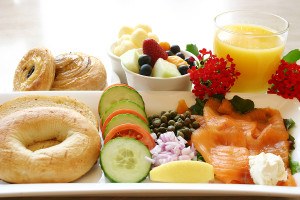 A lawyer says there’s no such thing as the free breakfast promised by a high-end New York City health club, and he says he should get more than $200,000 for the missing meals.

Richard Katz says in a fraud suit made public Wednesday that the Setai Club told him in December 2009 that his $5,000-a-year membership included a “full complimentary breakfast.” The suit says the free fare stopped flowing in August 2010, and the club wouldn’t return his money.

The club is a block from Wall Street. Its website boasts amenities including “complimentary breakfast” at a chic neighboring eatery.