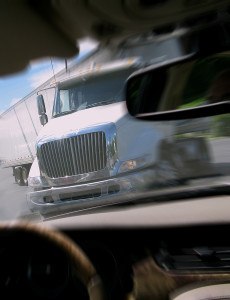 Vermont officials are disputing the findings of a federally sponsored study showing that fatal accidents involving big trucks tripled when weight limits were raised from 80,000 to 99,000 pounds on Vermont’s interstates, saying the figures are too small to be meaningful.

The tripling was from one death in 2009 to three in 2010, when weight limits were increased in a pilot study to see what the effect would be.

Two of the three deaths stemmed from one crash in January of 2010 involving two bulk milk trucks and a passenger car on Interstate 89 in Montpelier – and that crash was blamed on an icy road surface, said Capt. Jake Elovirta, chief of the commercial vehicle safety division at the state Department of Motor Vehicles. The passenger car driver and one of the truck drivers were killed, he said.

The 90,000-pound tankers, which carry milk from Vermont dairy farms to processers, already were exempted from the 80,000-pound limit, officials said.

The third death was of a motorist whose car crossed the median on I-89 in Georgia and hit an overweight truck head-on, Elovirta said.

Safety concerns about heavier vehicles include the time it takes to stop and the greater the force in collisions. There are also concerns about road wear and tear: When more trucks moved onto the interstate and off slower state roads, pavement damage on the interstates increased by 12 percent, the study estimated, while decreasing just 1 percent on non-interstate highways.

Maine results were not available; the safety groups obtained the draft of the Vermont study after a freedom-of-information request to Vermont officials.

Despite the limited numbers of fatalities and a decline in injuries, the Vermont study has been seized on by a coalition of national truck safety groups as showing what the groups say are the dangers of allowing heavy trucks on the nation’s interstate highways.

“Documents show that during the 100,000 lb. truck pilot project in 2010, Vermont’s commercial motor vehicle fatal crash rate tripled from .49 fatal crashes per 100 million miles traveled in 2009 to 1.44 fatal crashes” per 100 million miles the next year, said a news release issued by a coalition of safety groups, including Parents Against Tired Truckers, the Truck Safety Coalition and Citizens for Safe and Reliable Highways.

The groups cited the study issued in June in draft form by the consulting group Cambridge Systematics Inc. of Cambridge, Mass.

Chris Cole, director of policy, planning and intermodal development for the Vermont Agency of Transportation, said there are several problems with that analysis.

For one, Cole said, the small sample size made the statistics unreliable. The study said there were two fatal crashes involving big trucks in 2008, one in 2009 and three in 2010, a demonstration of the wide percentage fluctuations that can occur with numbers so small.

But elsewhere it said, “While crash data do not differentiate between pilot trucks or other trucks, the increase in crashes had important ramifications, including costs to society,” which the study estimated at $7.24 million per fatality.

A call to Cambridge Systematics was referred to the Federal Highway Administration, which funded the study at the request of Congress. An FHWA spokeswoman, Nancy Singer, said that agency would not comment until a final report is issued, which expected by year’s end.

Joan Claybrook, chairwoman of the Washington-based Truck Safety Coalition, acknowledged the Vermont data may be limited, but she said they are the best available on the effects of allowing bigger trucks on the interstates.

“The problem is, legislative changes don’t wait for long-term studies,” Claybrook said. She added that her message to those who support allowing the bigger trucks on the interstates is, “You claim that it doesn’t make any difference. But we know that it does, at least from this pilot study.”

Jeff Buzas, an associate professor of math and statistics at the University of Vermont, agreed with Cole that the sample size for fatalities in which big trucks were involved was too small to draw any conclusions.

“There isn’t enough data to say definitively whether the new regulations resulted in more fatalities,” he said. “But you can’t rule it out, either.” More data would be needed to draw a conclusion, he said.

Another of the draft study’s findings would appear to support those who want to move more big trucks off smaller roads and onto the interstates, Cole said. Crashes involving big trucks that caused injuries, but not fatalities, on Vermont interstates declined in 2010, the year more of the big trucks were allowed to use the interstates. The total of such crashes was 11 in 2010, as compared to an average of 19 for the previous three years.

Cole said trucks weighing between 80,000 and 99,000 pounds – can travel on Vermont’s interstates now, but must get a separate permit each time they enter Vermont from the Department of Motor Vehicles. An exception is the tankers that take milk from dairy farms to processers.

States surrounding Vermont already allow the heavier trucks to use their interstates without obtaining single-trip permits, which he said puts Vermont at a competitive disadvantage, Cole said.

He argued that it makes more sense to put the heavy trucks on the interstates than on smaller state roads. “Vermont state highways have pedestrians, bicyclists, crosswalks and children standing at school bus stops. The interstates are the safest roads for these trucks to be on. They have one purpose – vehicles moving forward.”