There are a number of ad campaigns on Florida’s airways and its television stations, warning of the dangers of texting while driving. A question arises: If an accident occurs while the at-fault driver was texting, is the injured plaintiff entitled to punitive damages? Practitioners and claims handlers are without a definitive answer to this question, because as of this writing, there are no reported appellate cases addressing this issue.

It has been reported that some Florida judges have granted motions permitting injured plaintiffs to pursue a punitive damages claim against a driver who was texting at the time of the accident. As of the date of submission of this article, it is not known whether these cases went to trial, and whether juries have actually awarded punitive damages.

What Are Punitive Damages?

“Punitive damages may be awarded for conduct that is outrageous, because of the defendant’s evil motive or his reckless indifference to the rights of others.” Tiger Point Golf & Country Club v. Hipple, 977 So. 2nd 608, 611 (Fla. 1st DCA 2007) (citation omitted).

Although texting while driving may be negligent, it is arguable that such conduct does not rise to the level of culpable negligence necessary for a manslaughter conviction.

Florida Stat. Section 768.72 provides that in any civil action, no claim for punitive damages shall be permitted “unless there is a reasonable showing by evidence in the record or proffered by the claimant which would provide a reasonable basis for recovery of such damages.”

In point of fact, it has been stated that Section 768.72 “create[s] a substantive legal right not to be subject to a punitive damage claim … until the trial court makes a determination that there is a reasonable evidentiary basis for recovery of punitive damages.” Globe Newspaper Co. v. King, 658 So. 2nd 518, 519 (Fla. 1995).

Florida Stat. Section 768.72 (2) provides that a defendant may be held liable for punitive damages only if the trier of fact, based on clear and convincing evidence, finds that the defendant was personally guilty of intentional misconduct or gross negligence. 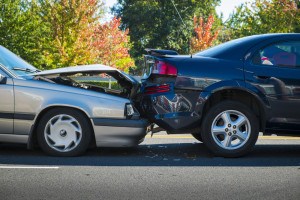 Punitive Damages and the Operation of a Motor Vehicle

Although plaintiffs have been permitted to amend their complaints to add a claim for punitive damages where the at-fault driver is intoxicated, Ingram v. Pettit, 340 So. 2d 922, 924 (Fla. 1976), historically, punitive damages generally have not been permitted where one is reckless in the operation, maintenance and use of one’s vehicle. Dupont, supra, 455 So. 2nd at 1028 (Fla. 1984), receded from on other grounds (operation of a 40-ton loader with knowledge that its brakes had not been working for some time insufficient to support a punitive damages claim); Behn v. State, 621 So. 2nd 534 (Fla. 1st DCA 1993) (driver who knowingly operated a truck with bad brakes not culpable of the degree of negligence required for a manslaughter conviction); Clooney v. Geeting, 352 So. 2d 1216 (Fla. 2d DCA 1977) (allowing an employee to drive a company truck, while knowing that he was not physically or mentally capable of driving the truck properly, was insufficient to support a claim for punitive damages).

Although texting while driving may be negligent, it is arguable that such conduct does not rise to the level of culpable negligence necessary for a manslaughter conviction.

The New Florida Law Regarding Texting

In Oct. 1, 2013, Florida Stat. Section 316.305 went into effect, providing that any person who texts while driving commits a noncriminal traffic infraction. No doubt, some attorneys will argue that the adoption of Section 316.305 should make it easier to pursue punitive damages where the at-fault driver was texting.

However, some years ago, the Florida Supreme Court held that “[t]he commission of traffic infractions is not sufficient, without more, to support a conviction for culpable negligence manslaughter.” Logan v. State, 592 So.2nd 295, 299 (Fla. 1991).

If that is the case, then it could be argued that the violation of Florida Stat. Section 316.305, without more, is an insufficient basis upon which to base a claim for punitive damages in Florida.

Inasmuch as it involves an evidentiary showing, the availability of punitive damages has to be resolved on a case-by-case basis.

It is incumbent upon attorneys prosecuting and defending such texting while driving cases to be familiar with the history of punitive damages in Florida; to know particularly within what appellate district the trial court sits; and to argue that the high standard of manslaughter is, or is not, met by the act of texting while driving.

Pamela St. John Lynde is special counsel in the Jacksonville, Fla., office of civil defense litigation law firm Marshall Dennehey Warner Coleman & Goggin. Representing clients in matters involving motor vehicle negligence, she has handled more than 150 auto and trucking negligence cases throughout her legal career. She may be reached at 904-358-4206 or by email: pslynde@mdwcg.com.

Sheriff: At Least 8 Killed In Plane Collision Over Idaho Lake

Pandemic-Proofing: Insurance May Never Be the Same Again

Gun Demand Is Off the Charts in America