Standard homeowner and business property policies do not define the term “collapse.” The meaning of “collapse” has been the subject of substantial commentary. See, e.g., annot. What Constitutes “Collapse” of a Building Within Coverage of Property Insurance Policy, 71 ALR 3rd 1072, §3 (1976 and Supp. 2002); Paul B. Tarr, et al., Insurance Coverage for Collapse Claims: Involving Standards in Legal Theories, 35 Tort & Insurance Law Journal, 57 (1999).

Courts are split on whether to define the term “collapse” narrowly to include only the complete falling down of a structure, or more broadly so that a complete destruction or falling down is not required.

Compare Dominick v. Statesman Insurance Co., 692 A.2d 188 (Penn. Sup. Ct. 1997) (“collapse requires the structure to fall together or to fall in”); Employers Mutual Casualty Co. of Des Moines, Iowa v. Nelson, 361 SW.2d 704, 708 (1962) (“the word ‘inner collapse’ is not one of art, but is unambiguous and is generally understood to have the meaning of to fall or shrink together, to cave in, to fall into a flattened, distorted or disorganized state.”) Higgins v. Connecticut Fire Insurance Co., 163 Co. 292, 430 P.2d 479 (Colo. 1967) (“the word connotes a complete change in the structure, where the building loses its distinctive character as a building”); Sherman v. Safeco Insurance Co. of America, 670 P.2d 16, 17 (Colo. 1983) (collapse means “a flattening or breaking down because of a loss of the buildings’ structural rigidity or by falling into or against itself.”) With Ercolani v. Excelsior Insurance Co., 830 F.3d 31, 34 (3rd Cir. 1987) (predicting that New Jersey would follow other states in holding that collapse requires only “serious impairment of structural integrity”); Island Breakers v. Highlands Underwriters Insurance Co., 665 2d 1084, 1085-86 (Fla. Dist. Ct. App. 1995) (Cope, J. concurring) (finding collapse coverage applies if there is a “substantial impairment of the structural integrity” of part of the building).

Encouraging insureds to not repair structurally impaired property creating a continuing risk of collapse injuring the public is a moral hazard that should not be encouraged.

The modern view of the term “collapse” does not require a complete falling down of the building and only requires “serious impairment of structural integrity”. See, e.g., Nationwide Mutual First Insurance Co. v. Tomlin, 181 Ga. at 413, 352 SE 2d, 612, 615 (1986) (holding that collapse includes any “reasonably detectible serious impairment of structural integrity” because such a definition “more realistically reflects the purpose of the policy”); Government Employee’s Insurance Co. v. DeJames, 256 Md. 717, 261 A.2d 747, 750 (1970).

One court, agreeing with the “Numerical Majority of American Jurisdictions [that] a substantial impairment of the structural integrity of a building is said to be a collapse” noted that a requirement that the building fall down before constituting a covered “collapse” would be unreasonable in light of an insured’s duty to protect property from further damage. See, Royal Indemnity Co. v. Grunberg, 155 AD.2d 187, 189, 553 NYS.2d 527 (1990).

Encouraging insureds to not repair structurally impaired property creating a continuing risk of collapse injuring the public is a moral hazard that should not be encouraged. A narrow reading of the term “collapse” would also allow insurers to pass the risk along to the next insurer and so on until the actual collapse takes place.

In Doheny, the court noted that the language of the policy, when considered as a whole, did not support the interpretation that collapse meant “substantial impairment of structural integrity.” This was so because the policy provided that “collapse does not include settling, cracking, shrinkage, bulging or expansion,” and specifically excluded coverage for such things as damage caused by seepage of water, wear and tear, decay, deterioration or faulty maintenance, unless it was covered under the additional collapse coverage – unless there was also damage caused by “risk of direct physical loss involving collapse of building.” Doheny, 60 Cal. App. 4th at 405-406, 70 Cal.Rptr.2d at 263. Because of this the court in Doheny adopted an intermediate view of collapse:

“Thus, under the terms of the policy, the damage must be such that it will lead to collapse. Further, since any of the excluded causes could result in collapse if the initial damage was neglected for a long enough period, an additional limitation is logically necessary if we are to avoid converting this insurance policy into a maintenance agreement, …” Id. at 406, 70 Cal.Rptr.2d at 464.

The Doheny court concluded that the collapse needed to be actual or imminent. “Imminent” meant “likely to happen without delay; impending, threatening” or “likely to occur at any moment.” Doheny, 60 Cal.App.4th at 406, 70 Cal.Rptr.2d at 264. 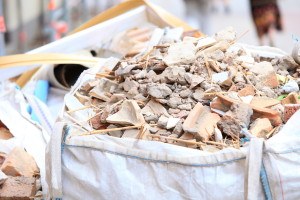 The court in Doheny noted that the intermediate view avoided both the absurdity of requiring an insured to wait for a seriously damaged building to fall, and the improper extension of coverage beyond the terms of the policy, and would be consistent with the policy language and the reasonable expectations of the insured.

Reviewing those decisions where courts had concluded that collapse meant “substantial impairment of structural integrity” the court in Doheny noted that those cases either implicitly or explicitly required that collapse be imminent and inevitable, or all but inevitable. Doheny, 60 Cal. App. 4th at 406, 70 Cal.Rptr.2d at 264.

Climate Battles are Moving into the Courtroom, and Lawyers are Getting Creative

Insurers May Rethink Property Risk After Unprecedented Losses From Riots