Participating in a lawsuit can be like playing a game of football. There is an offense, a defense, and for those who are not interested, they can seemingly last forever. For both, the defense has one priority: do not let the other team win. Even one simple mistake could lose the game. But what if that mistake could be set aside (reversed)? Think of how much more a team’s defense could do if they could reverse the referee’s calls. In law, when a defendant “loses” on a default judgment, he or she may have that very opportunity; an opportunity to reverse the judge’s ruling and move forward with the game.

What is a Default Judgment?

When sued, a defendant has only a limited time in which to respond to the complaint. If there is no timely response, the plaintiff may ask the court to enter a “default judgment” against the defendant. This is the equivalent of a team losing the game for failing to show up to play. The judgment is binding on the defendant and typically entered for the amount alleged in the complaint. At this point, the football game would be over. In a lawsuit, however, it might not be.

There are situations in which a defendant may move the court to set aside this default judgment. Although it is ultimately within the discretion of the court to approve or deny this motion, it gives the defendant an opportunity to have a second chance.

When Can a Default Judgment Be Set Aside?

In California, the rules of court ensure parties are entitled to fundamental fairness. Cal. Code Civil Procedure §580. This includes giving defendants adequate notice of a pending action against them. When a defendant does not have actual notice of the action, any default judgment that results is voidable. Grappo v. McMills, (2017) 11 Cal.App.5th 996.

A party that does not have actual notice of a claim cannot properly raise a defense. Just as it would be unfair to expect a football team to run defensive plays in a game they have no knowledge of, a defendant cannot respond to a complaint they have no notice of. The lack of notice must not be due to the defendant’s own inexcusable neglect or avoidance of service. One example is where the service to the defendant was not properly effectuated, therefore not giving the defendant actual notice of the complaint. See Moghaddam v. Bone, (2006) 142 Cal.App.4th 283.

Keep in mind, this type of motion is subject to time restraints. The defendant must file such a motion within a reasonable time from the discovery of the judgment. A “reasonable time” means that the defendant must file this motion within the earlier of: (1) 180 days after notice of default or (2) two years after entry of default judgment. Trackman v. Kenney, (2010) 187 Cal.App.4th 175.

A judgment is also void when the court does not have the authority to issue the judgment. In other words, where the court does not have proper jurisdiction, a default judgment is void. See Dhawan v. Biring, (2015) 241 Cal.App.4th 963. This includes not only lack of jurisdiction over the matter itself, but also jurisdiction over the amount awarded in the default. For example, a judge cannot issue a default judgment that awards damages in excess of what the plaintiff alleged in the complaint. See Levine v. Smith, (2006) 145 Cal.App.4th 1131.

A plaintiff cannot simply request more damages than those alleged in the complaint. Any attempt to change the prayer for relief constitutes a de facto amendment to the complaint. This amendment starts the clock over. The plaintiff must once again serve the defendant and allow the defendant another opportunity to respond before the court may issue a default judgment. Any judgment issued before the time period elapses will be void. Baker v. Anderson, (1981) 119 Cal.App.3d 1000.

Under this code section, the defendant must show why the mistake necessitates setting aside the default judgment. Not just any mistake will do. The mistake must be that of a reasonable person under the circumstances. Simply forgetting to file an answer will not be sufficient. In football, a team cannot ask for another chance to run a play just because they were not paying attention when the other team intercepted the ball to score the winning touchdown. There needs to be some sort of compelling reason to not count those points, such as a mistake or penalty on the part of the other team. A defendant must also show a reasonable mistake that would compel the reversal of a default judgment.

Commonly accepted examples of a reasonable mistake include: illness that disabled the party resulting in inability to respond or appear, failure to respond due to reliance on an attorney to do so, and failure to appear because a court official provides misinformation. See Martin Potts and Assoc., Inc. v. Corsair, LLC, (2016) 244 Cal.App.4th 432; Minick v. City of Petaluma, (2016) 3 Cal.App.5th 15; Baske v. Burke, (1981) 125 Cal.App.3d 38. This is not an exhaustive list, it is merely indicative of the type of situations a court might accept determining to set aside a default judgment.

Filing a motion to set aside a default judgment gives a defendant another chance to fix a mistake and move a case forward. But this does not mean the defendant necessarily wins. All this motion does is set back the clock. Think of this motion as a way to get the judge to review the case on instant replay. If a referee decides the offense was “out of bounds” before they reached the end zone, then the touchdown does not count. Here, if the judge determines the defendant had a valid reason for not filing a timely response, the default judgment cannot stand. While this does not mean the defendant has a winning argument for the case, it at least gives the defendant an opportunity to play the game. 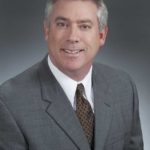 Michael Eisenbaum is a partner and Nathan Lee is an associate with the insurance defense firm, Gray•Duffy, LLP. Both are resident in the firm’s Encino, Calif. office and may be contacted at meisenbaum@grayduffylaw.com and 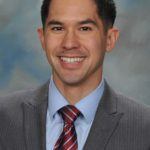