California doctors will be required to check a database of prescription narcotics before writing scripts for addictive drugs under legislation Gov. Jerry Brown signed Tuesday that aims to address the scourge of opioid abuse.

The measure attempts to crack down on a practice known as “doctor-shopping,” in which addicts visit multiple providers to obtain prescriptions for addictive drugs. The action by the Democratic governor comes amid an intensifying national focus on the problems that stem from prescription and illegal opiates.

The U.S. Centers for Disease Control and Prevention says more than 165,000 people died nationwide from prescription opioid overdoses from 1999 to 2014, including 4,500 Californians who died in the last year of available data. 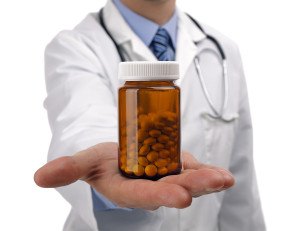 California has maintained records of prescription histories by various means since 1939. The electronic database that exists today is an optional tool for physicians, dentists, nurse practitioners and others who write prescriptions.

That changed this year following a move by state lawmakers to provide additional funding to staff and modernize the program, quieting the disapproval of most health associations. Pharmaceutical companies took no position on the bill.

The new law, SB482 by Sen. Ricardo Lara, D-Bell Gardens, requires doctors and nurses to check the database for signs of abuse when initially prescribing narcotic painkillers like OxyContin, Vicodin and Percocet, as well as steroids, sleep aids and psychiatric medications. They then have to revisit the database every four months for as long as the drug regimen is continued.

Bob Pack has been advocating for such a mandate since his son Troy, 10, and daughter Alana, 7, were run down and killed in October 2003 by a drugged driver who also had been drinking. The woman was later found to be “doctor shopping.”

When Brown was the state’s attorney general, Pack persuaded him to move a warehouse of carbon-copy prescription histories online. Pack then focused on getting doctors to use it.

“It’s too late for my family, but it’s going to help a lot of others – and that’s the whole point of this program and me pushing all these years,” Pack said.

Medical boards will be responsible for enforcing the law, but there is no requirement for doctors to prescribe or withhold medication.

“It can and will put some doctors in an uncomfortable position,” Pack said.

The requirement will take effect six months after the Department of Justice certifies it is prepared to handle increased use of the program. “Our office is ready for universal use,” Justice department spokeswoman Brenda Gonzalez said.

More than 20 other states with similar databases require health care providers to check them before prescribing addictive drugs.