A 19-year- old boy walks home from his first frat party and passes by a nearby park. Feeling invincible after a few beers, he decides to climb to the top of a jungle gym and jumps off. Predictably, he lands wrong on his right foot. He hobbles home and sneaks into his room. The next morning, he’s in a lot of pain. But he knows, there’s no way he could tell his parents the truth — that he made a dumb mistake because he had been drinking. Instead, he hobbles down the stairs and tells his mom an unknown driver ran over his foot while he was walking home. The frantic mother rushes her son to the doctor.

A few days later, as the medical bills starts piling up, mom calls to report the “hit-and-run” claim to her insurance company. Since there were no witnesses and her son cannot “remember” what kind of car ran over his foot, there isn’t much to tell.

As the claims professional, you take down the basic information and process the claim. But there may be a very simple reason why this claim should be denied — it was not reported to police within 24 hours.

Insurance Code section 11580.2 establishes bright-line rules the California Legislature adopted as requirements that must be satisfied if uninsured motorist benefits are to be recovered. First, the accident must include physical contact with the hit-and-run vehicle. Second, the insured must report the incident to the police within 24 hours. Finally, the insured must file a claim with their insurance company within 30 days of the incident.

After a hit-and-run incident, it is almost always difficult to locate the driver. It is virtually impossible without timely reporting. But instead of requiring a “prompt” or even “immediate” police report, the Legislature required the report be made within a specific number of hours. A 24 hour limit was imposed.

California cases have held that the failure to comply with the statutory 24 hour reporting requirement can preclude coverage under a policy’s uninsured motorist provision. See, e.g., CSAA v. Blanford, 4 Cal.App.3d 186, 190 (1970).

In Blanford, the insured failed to timely report the incident to both the police and to the insurance company. At trial, to show that it was prejudiced, the insurer simply had a claims adjuster testify to the obvious:

Prompt reporting of a “hit-and-run” accident better enables police and other interested parties determine if such an accident did in fact occur – from interviews with people in the neighborhood and the presence of debris and tire marks on the alleged scene. It also increases the likelihood of apprehension of the offender, thus facilitating inquiry as to whether the “hit-and-run” vehicle was in fact an uninsured vehicle, and allowing the insurer to enforce its subrogation rights against a negligent uninsured hit-and-run motorist.

The adjuster’s testimony merely confirmed some problems that exist any time a hit-and-run is not promptly reported. The court recognized that these common sense facts established prejudice, noted that such common sense information may be judicially noticed, and upheld the decision of the trial court declaring that UM coverage was not available under the policy.

California courts have long used a bright line rule approach in applying the physical contact requirement. Orpustan v. State Farm Mut. Auto. Ins. Co., 7 Cal.3d 988, 992-94 (1972) (court held that the absence of physical contact precluded coverage despite eye witness corroboration). Insurers act reasonably when they expect the courts to enforce both the physical contact and the 24-hour police report requirements — even if the insurer cannot show prejudice and even if witnesses can corroborate the insured’s description.

California’s uninsured motorist statute helps reduce the number of fabricated or exaggerated claims. It does so by creating specific criteria that obviate the need for case-by-case debates about the legitimacy of a given claim. A plaintiff could argue that reporting two days after the incident was not prejudicial. And insurers could argue that even a 12 hour delay makes apprehending the hit-and-run driver very unlikely. But the Legislature took steps to prevent that debate by drawing a line and establishing a specific standard. 23 hours after is good enough to support a claim. 25 hours is not. The statute’s 24 hour limit maximizes the chances that police will be able to timely investigate the incident and identify and speak to witnesses while memories and evidence are fresh.

California courts undoubtedly could relax the 24 hour reporting requirement where it is literally impossible to comply. For example, in Beck v. State Farm Mut. Auto. Ins. Co., 54 Cal.App.3d 347 (1976), the insured did not know she had been the victim of a hit-and-run until more than 24 hours after the accident. But Beck had very unique facts that would limit its applicability.

At the scene of the accident, the at-fault driver stopped, got out of his car, and gave Ms. Beck his name. Ms. Beck even believed she had recorded the vehicle’s license number. Ms. Beck initially had no reason to believe that she had been the victim of a hit-and-run. Only later did she learn that the at-fault driver gave her a fake name. Given these relatively unique facts, the court recognized that “no one knew this was a hit-and-run case: Beck had a name, a description of the car, a description of the driver and a license number. Only later did it become clear that the other driver could not be identified.”

Beck did not hold that the 24 hour reporting requirement can be ignored unless the insurer proves that the claim is fraudulent. Beck merely suggested that the requirement does not apply if the insured has no reason to know that a hit-and-run occurred during the first 24 hours.

California’s bright-line approach to UM hit-and-run issues differs from the relaxed approach some other states use. For example, Arizona relaxed its uninsured motorist requirements in 1993. Arizona’s amendment expanded the uninsured motorist statute to include “miss-and-run” incidents if corroborating witnesses could legitimize the claim. Scruggs v. State Farm Mut. Auto Ins. Co., 204 Ariz. 244, 249 (Ariz. Ct. App. 2003). In Arizona, the insured may provide evidence of either physical contact or corroboration for uninsured motorist claims. See Ariz. Rev. Stat. section 20-259.01(M), Uninsured Motorist Act. Even if no physical contact occurred, an Arizona insured can establish coverage by producing evidence that confirms the insured’s explanation of the accident. Under Arizona’s relaxed standard, corroboration of the claimant’s depiction of the accident can replace the statute’s physical contact requirement.

Similar relaxed standards have been adopted by some other states. For example:

Courts in other states (like California) have also denied UM coverage when the claimant fails to timely report a hit-and-run accident.

“Technical” violations in states like California may eliminate coverage for a UM claim that would have to be immediately honored in a state like Arizona. In order to ensure that valid UM claims are paid and invalid UM claims are declined, claims professionals need to be familiar with the specific state laws that govern hit-and-run anti-fraud requirements. 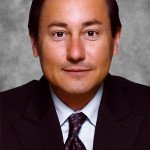 David Ezra is a shareholder with the Berger Kahn law firm in Irvine, Calif. His practice concentrates on insurance law. He often serves as an expert witness in connection with insurance-related litigation.

Erin Mindoro is an associate with the Berger Kahn law firm in Irvine, Calif. Her practice concentrates in employment law and insurance coverage. 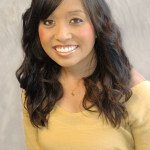