A majority of us have or will witness accounts of a plaintiff claiming personal injury. He or she may claim multiple reasons for the injury along with millions of dollars in damages.

The difficulty truly sets in when one needs to evaluate claims for loss of earning, specifically during this recovering economy. Many factors come into play in personal injury situations, including unemployment, underemployment and immigration status. Often times, insurance companies struggle to evaluate the loss of earnings claims due to these circumstances. That being said, it is imperative that each claim is thoroughly analyzed and litigated from the beginning.

How to Determine a Loss of Earnings Claims

In situations where persons have been severely injured, individuals are often rendered unable to work. According to California laws, those who have been injured are entitled to claim loss of income. Although claiming a loss of income is beneficial, providing proof becomes a tedious task as specific documentation is required. If the appropriate documentation is not presented, it is unlikely the insurance company will consider the loss of earnings claim. Furthermore, a jury will not include loss of earnings damages in a verdict. Confirmation from a doctor must be presented in order to receive disability from work. Once this has occurred, it is mandatory for the injured party to evaluate the value of their time. However, this can become problematic in California for the self-employed, unemployed and underemployed.

When the time comes to evaluate a person’s future loss of earnings, evaluation is not determined by actual earnings, whether prior to, or succeeding to the injury. The person’s lost ability to earn money is the main focus when damages are calculated.

For a plaintiff to gain entitlement to recover present damages for future consequences, evidence must be presented proving that there is indeed a high probability leading to a reasonable certainty that future lost earnings will result from the original affliction.

Situations involving sizable claims for future lost earnings are determined by the party’s education and employment history, which brings much debate. To determine the amount of future earnings, parties generally rely on economists and vocational rehabilitation experts. Before moving forward with this process, certain standards must be met by the plaintiff to prove their upcoming lost earnings.

In order to calculate earning capacity, one must look at general damages. These damages are merely inferred from the injury, while disregarding proof of actual earnings either prior to or after the injury has taken place.

According to California Civil Jury Instructions (CACI) 3903D, it is ultimately put on the plaintiff to provide reasonable value for his or her loss. Having a work history is not mandatory. Additionally, a party does not need to deliver adept testimony concerning future earning ability.

Immigration status is a major factor that is overlooked by attorneys when evaluation takes place in relation to claims for future earnings. In cases where plaintiffs are undocumented, loss of future earnings is significantly limited to what they would potentially earn in their originating country.

In reference to California law, if the injured plaintiff has been working without proper documentation, such as a green card or temporary worker status, any of the wages for loss claims at trial could potentially be limited to future earnings in their country of origin. California law states that when an illegal alien or undocumented worker has not or will not take the proper actions to legalize his or her status and is likely to continue residency in the United States without documentation, a court should not offer damages based on the individual’s earning potential in the United States.

Instead, a pre-trial hearing can take place where the defendant can provide evidence of the plaintiff’s unlawful stay in the United States, and the likelihood of the plaintiff’s deportation. If successful, the plaintiff must prove to the court that he has taken the appropriate steps to correct his deportable status. However, if the plaintiff has failed to do so, future earnings based on U.S. wages will not be granted. If the judge agrees with the plaintiff, then evidence relating to his legal status will be excluded. Next, the projected earning capacity will be determined based on past and future income in the U.S. If the defendant has won the argument, the judge will determine future earnings based on what the plaintiff would anticipate receiving in his lawful country of origin.

During the discovery phase and prior to trial, it is the defense attorney’s responsibility to ask questions regarding the plaintiff’s date and location of birth, as well as loss of income or earning capacity.

In most instances, the plaintiff will object to any questions in relation to his immigration status. Thus, the defense attorney should be prepared to compel these responses.

A line of questioning should take place by the defense to determine the plaintiff’s citizenship in the U.S. During discovery, it is crucial that the education level, type of work in the plaintiff’s native country and wages in country of origin are determined. If these questions are not proposed by the defense counsel, the amount awarded by the jury could substantially increase.

Optimal results will only be obtained in instances where the plaintiff’s immigration is determined in the early stages. In such cases where immigration status is not relevant, efforts can be directed towards early discovery to better assess potential lost earnings. 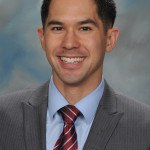 Nathan Lee is an attorney with Gray Duffy, LLP, an insurance defense law firm with offices in Encino and Redwood City, Calif. Lee can be reached at nlee@grayduffylaw.com or (818) 907-4000.