About 100 claims have been filed with NV Energy by people seeking reimbursement for damage caused by a strong power surge in a Reno neighborhood that fried electronics, appliances and sparked a fire.

Utility spokeswoman Faye Anderson tells the Reno Gazette-Journal that the claims are being investigated on a case-by-case basis and could take some time. 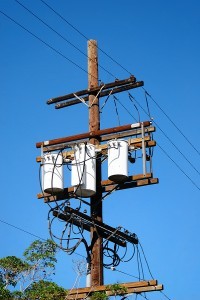 The June 27 power surge is believed to have been caused by swaying tree branches that connected a 24,900-volt wire with a 4,000-volt wire, creating an exceptionally large power charge in the area of Arlington Street and California Avenue, Anderson said.

Toni Harsh said she didn’t know whether to call the power company or a priest.

She said an electric flash shot out of a power outlet in her kitchen as her phone started smoking and making “eerie noises.”

Harsh said she’s spoken with NV Energy representatives but hasn’t yet filed a claim. She said she’ll do so after replacing her damaged items.

David McDonald’s office on First Street and Keystone Avenue was evacuated after the power surge set fire to apartments in the area.

McDonald said all of his electronics and appliances, except a water purification system, were backed by surge protectors. Others weren’t so lucky. Demian O’Keeffe said the power surge fried his breakers, fuses and clocks.

McDonald filed an over-the-phone claim with NV Energy this past week, he said.

“We came up with a replacement fee that they agreed with over the phone without any hassle,” he said. McDonald is still waiting on his claim, he said.

NV Energy does not discuss dollar amounts on claims or how many claims are filed against it, Anderson said.

“However, when we do have claims, such as this incident with residents in the California Avenue and Arlington area where NV Energy is responsible, we work with each claimant individually to evaluate the scope of the claim and determine a prompt resolution,” Anderson told the newspaper in an email.

While a power surge is considered a rare occurrence, residents should use surge protectors as a precaution to protect their electronic devices, NV Energy said.