Although hurricane season has yet to cause havoc this year, 2015 has already been a brutal year for insurance companies which provide homeowners’ coverage in Florida.

The problem for property insurers? No one is willing to take a firm position against the surge of Assignment of Benefits (AOB) lawsuits, which are proliferating to the point where they are in danger of strangling insurers. The Courts are deferring to the Legislature but the Legislature is seemingly uninterested in making change.

The problems are endemic to Florida’s private market. The “carrier of last resort,” Citizens Property Insurance Corporation, is in the midst of a legislatively mandated, large-scale depopulation program, in which it has slashed its number of policies by about a third in the last several years. Citizens’ loss is a gain for several upstart carriers, but the AOB crisis is showing no signs of abetting and costs to defend these frivolous claims are becoming exorbitant.

AOB lawsuits are easy to understand, both from the carrier’s perspective and the insured’s point of view. The typical scenario progresses as follows: 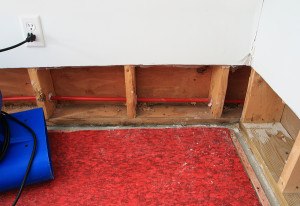 Take a step back and consider what just happened. A company performed services for a consumer and then billed an unrelated, uninvolved third party for the services performed. The customer said it was OK to bill the third party, but the third party is now obligated to pay for services which it didn’t want and which it may or may not have agreed to pay for in the first place.

The lawsuits arise when the claim is denied because the losses are frequently not covered by the policy. This results in the water mitigation company left with an unpaid bill so — this is the key to the entire AOB lawsuit scheme – the company chooses to collect from the deep pocketed insurance company instead of the individual policyholder.

The business practice has proliferated for insurance companies and those of us who represent property insurers in litigation. For instance, one particular water mitigation company has brought 79 total lawsuits in Miami-Dade, Broward and Palm Beach Counties since the beginning of 2014. Another company filed 257 total AOB lawsuits statewide in 2013 and 2014. Insurance companies have no reliable means to prevent these lawsuits because the Courts have refused to address the underlying public policy behind companies doing work for a property owner and expecting to be compensated by the insurer, despite the absence of any relationship between the insurance company and water mitigation company and the lack of coverage.

At first, insurers tried to defend the lawsuits by arguing that they had no obligation to pay if a claim was later found to not be covered. That argument was unsuccessful. Carriers then tried to attack the language of the AOB documents and assert that the AOB company usually lacked standing to sue, because the AOB was often too broad and exceeded the scope of the water extraction services. This argument was also unsuccessful.

The next argument had initial success at the Circuit Court level, when insurers argued that consumers could not assign rights which did not yet exist. In other words, carriers argued that policyholders couldn’t assign post-loss benefits to the water mitigation company until the policyholder and carrier knew that there were tangible benefits to be assigned. After all, assigning a nullity did not seem to make rational sense.

More recently, however, the argument was destroyed by the Courts and insurers were left defenseless. May 20, 2015 was referred to as Black Tuesday throughout the property insurance community in Florida, when the Fourth District Court of Appeals released three major decisions on the issue. In One Call Property Services, Inc., a/a/o William Hughes v. Security First Insurance Company, No. 4D14-424, the Court rejected all of the insurer’s defenses, namely that a right which had not yet accrued cannot be assigned. Insurers had high hopes for this defense because it essentially argued that an insured who had not yet contacted their carrier and who had no decision on coverage, could not assign any non-existing rights.

Turning to the practical implications of this case, we note that this issue boils down to two competing public policy considerations. On the one side, the insurance industry argues that assignments of benefits allow contractors to unilaterally set the value of a claim and demand payment for fraudulent or inflated invoices. On the other side, contractors argue that assignments of benefits allow homeowners to hire contractors for emergency repairs immediately after a loss, particularly in situations where the homeowners cannot afford to pay the contractors up front.

Unfortunately, the Court also decided that it is not in position to evaluate these practical arguments and that the Legislature would need to address these concerns. But the Legislature failed to act in the most recently completed session. HB 669, which would have allowed insurance policies to prohibit post-loss assignments, died in the Regulatory Affairs Committee in April. The Court on May 20 also issued two other decisions in which they declined to address whether assigning benefits violates the public adjusting statutes.

With insurers already feeling the pain of AOB Lawsuits while Courts defer to the Legislature and the Legislature remains idle at least until next January, here are a handful of potential solutions:

Insurance companies could impose their own solutions but even those are being quashed. For example, when one property insurance company sought regulatory approval for changing its policy forms to preclude unauthorized assignments, the Office of Insurance Regulation nixed the change. That insurer tried appealing to the Courts, but on June 22, the First District Court of Appeal ruled against the carrier and said that restrictions on assignments in policies would violate consumers’ longstanding right to assign post-loss benefits. The Court again acknowledged the underlying policy issues but nonetheless refused to address them. The opinion cited to the One Call decision mentioned above in this article and said:

That said, we are not unmindful of the concerns that Security First expressed in support of its policy change, providing evidence that inflated or fraudulent post-loss claims filed by remediation companies exceeded by thirty percent comparable services; that policyholders may sign away their rights without understanding the implications; and that a “cottage industry” of “vendors, contractors, and attorneys” exists that use “assignments of benefits and the threat of litigation” to “extract higher payments form insurers.”

But the Court concluded that we “reiterate that the policy arguments and evidentiary basis for them put forth by Security First are more properly addressed to the Legislature.”

This issue is far from over and many in the industry expect reform to be enacted eventually, over the cries of the policyholder Bar and allegedly pro-business groups which rant and rave that any restrictions on their ability to seek AOBs would put them out of business. The swelling tide of AOB lawsuits is harming insurance company’s ability to indemnify legitimate customers on covered claims. A bill will almost certainly be introduced in a future legislative session and the law will continue to evolve in the Courts – including potential appeals for the cases decided last month. For now, though, while the Courts and Legislature decline to rule on the issues, the status quo remains grim for insurers.