The North Carolina Department of Agriculture has improved how it inspects and enforces safety regulations for propane and other liquefied petroleum gas facilities, but more needs to be done, according to a follow-up state audit released Thursday. 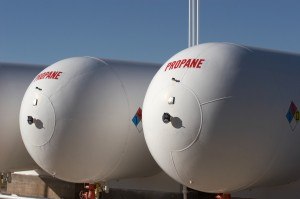 The report reviewed whether changes had been made to the department’s LP inspections office following a December 2011 audit that found only $7,100 in fines had been issued to two facilities stemming from more than 7,400 violations in the year ending in September 2010. Those fines ultimately were reduced to $4,000. LP gas can burn or explode if it comes in contact with a spark.

At the time of the initial audit, the department blamed an ineffective database for issuing so few violations but said an upgraded database that aligned violations with penalties would improve matters. The follow-up audit covering the first 21/2 months of 2013 found the agency had significantly stepped up the pace, issuing 80 penalties totaling $16,000. At that rate, Thursday’s report said, the one-year monetary total would be nearly 11 times the assessed amount from the previous audit.

Still, the system that tracks violations can be improved further, the review from State Auditor Beth Wood’s office said. Second inspections performed 30 or 60 days after warnings or penalty letters are issued aren’t being scheduled consistently, or are performed well after their due dates. And since individual inspectors track their own work, there’s no centralized monitoring that inspections are being completed on time, the review said.

“Routine and follow-up inspections may not be performed in a timely way to identify and enforce LP-gas violations, increasing safety risks to LP-gas workers and the general public,” auditors wrote.

The office of Wood, who is a Democrat, also questioned how inspectors decided to cut one-third of the penalties during the 21/2-month period following negotiations with violators by 50 percent, which appeared to be a routine amount.

Agriculture Commissioner Steve Troxler, a Republican, said in a written response attached to the audit that a 50 percent reduction is given to violators who come into compliance with the law. The number of previous violations and severity of the current violation is considered when issuing the initial penalty, so those who fix more harmful problems or have a history of violations still face higher final penalties.

The reduction “is also consistent with our primary goal of ensuring public safety,” Troxler wrote. He added later that a facility’s inspection history could play a role in negotiated fines, and regulators will consider how to handle that in future decisions. Other issues have been fixed or will be adjusted after a database review is conducted by year’s end, Troxler said.

Otherwise, he wrote, “we are pleased the report recognizes corrective actions taken by the department.”

Wood’s office took the unusual step of also responding to Troxler’s letter, pointing out that eight of the 27 reduced penalties during the examined period involved businesses with five or more violations on the same inspection.

North Carolina ranks second only to California in propane consumption among the states, according to a recent industry report. Propane is primarily used for residential heat, but also used as fuel for industrial vehicles and in agriculture. About 3,000 LP-gas licensees are subject to inspection in North Carolina.