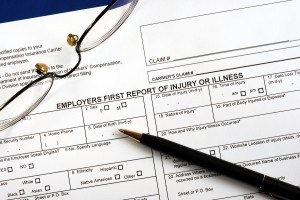 A Florida district court judge’s ruling that declared unconstitutional a 104-week limitation on injured workers’ temporary benefits has left insurers and employers scrambling to come up with a legislative solution as the state’s 60-day legislative session began this week.

The Florida First District Court of Appeals handed down the decision in the case [Bradley Westphal v. City of St. Petersburg, No. 1D12-3563, February 28, 2013], which dramatically upped injured workers’ temporary indemnity benefits from 104 weeks to 260 weeks, an increase of three years.

As it stands, the court decision represents perhaps the most significant changes to the state’s workers’ compensation law since it was last reformed in 2003. Since then, rates have dropped by some 56 percent and now insurers and business groups are searching for ways to change the law and avoid any potential increases.

“Absolutely, it is at the top of our list and we are analyzing it to see what corrective action we can take,” said Donovan Brown, counsel for state government relations for Property Casualty Insurers Association of America.

The case has its genesis in a 2009 workplace accident that left City of St. Petersburg firefighter and paramedic Bradley Westphal with severe injuries to his legs and required multiple back surgeries.

Under state law, Westphal was eligible for 104 weeks of temporary benefits, a time period that is designed to compensate workers while they heal and then return to work or reach their maximum medical improvement status and become eligible for permanent benefits.

In Westphal’s case, however, he exhausted his temporary benefits and yet was refused permanent benefits because his physicians could not determine the prospects for his long term recovery. As such, he was left without benefits despite the fact that his doctors advised him not to work and with no assurances about the future of his case.

Under the current benefit scheme, Thomas wrote, injured workers can be left financially unprotected for an undetermined period of time, which goes against the intent of the workers’ compensation law and is unjust.

“This system of redress does not comport with any notion of natural justice, and its result is repugnant to fundamental fairness, because it relegates a severely injured worker to a legal twilight zone of economic and familial ruin,” wrote Thomas.

“When the 104-week limit on Florida’s temporary total disability is compared to limits in other jurisdictions, it becomes readily apparent that the current limit is not adequate and does no comport with principles of natural justice,” wrote Thomas.

Thomas’ decision, which will likely be appealed by the City of St. Petersburg, has sent shock waves throughout the industry as insurers fear a major increase in rates while workers’ compensation defense attorneys try to assess its immediate impact on open claims.

From the industry standpoint, many are glad the ruling came down now, which will at least give lawmakers 60 days to review the decision this year.

And the one positive side of the ruling for insurers is that although Thomas ruled that current temporary benefit is unconstitutional it does not invalidate the remainder of the state’s workers’ compensation law. Therefore, the industry does not face the prospect of having to rewrite the entire law.

“Arguably, it is better for it to come out now so at least we will have an opportunity to do something this session instead of having to eat it for 10 months,” said William Stander, president of WHISPER Inc., an insurance lobbying firm.

However, at this point, insurance representatives admit there is no clear answer on how to change the law in such a way that it will reverse the ruling. On the surface, the ruling calls for either temporary benefits to be extended or expand the eligibility for permanent benefits. Either change, however, would lead to higher rates.

“Because the ruling is based on a constitutional inequity there is no discernible quick fix,” said Brown.

Timothy Dunbrack, with the Kelley Kronenberg law firm, said he expects the case will have a significant impact on claims. Already, he said, defense attorneys are preparing their clients for the possible increase in temporary benefits from two years to five years. And that means the total cost per claims would exceed what is currently projected and possibly require reinsurers to step in and bear part of the costs.