Recent destructive storms in Kentucky may help the public be more aware of the potential threat of severe weather as spring begins.

“People are more aware of risks because of some bad storms happening here and in their backyards,” Wielgos said. “The storms’ intensity and frequency are increasing, and people know it.”

McCracken County emergency management director Paul Carter said he thought awareness of storm danger had increased in western Kentucky since a tornado hit in 2011 in nearby Joplin, Mo., and killed 160 people.

“There were lessons learned,” Carter said. “We try to stay off the sirens to avoid complacency. We want to make sure there is an acute threat before we start setting off the sirens around the county. So far, that has been very successful.”

Carter said bad weather is always a possibility – twisters were spotted last week in western McCracken County and there was widespread damage in 2007 when high winds from the remnants of Hurricane Ike blew through the area.

He said when bad weather strikes, people should “use common sense. If there is a possibility of a bad storm, pay attention to all media and rely on warnings.”

Wielgos recommended that residents get weather radios and that will give them warnings for counties to the west. Storms most often move from west to east in the area, she said. 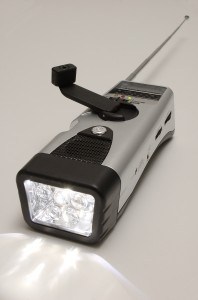