The polar vortex that caused power outages across Texas for the past week also will bring more insurance claims than any event in the state’s history, the Texas Insurance Council said Thursday.

“I hate to say the word ‘unprecedented’ but it is unprecedented for us in Texas to have this week-long freeze event,” said Camille Garcia, director of communications for ICT.

Garcia said the cold snap is expected to cause “significantly more” than $1 billion in insured losses — in fact, $2 billion in the Dallas-Fort Worth metropolitan area alone is likely. And she said claims will be more numerous than the natural disaster events that commonly strike Texas, such as hurricanes and hailstorms, because the Arctic weather impacted the entire state.

Homes became iceboxes as power was left off for days at a time, bursting interior pipes. Tree limbs snapped under the weight of ice and dropped on cars and roofs. Cars skidded on black ice off highways and into guardrails.

Multiple crashes on Thursday morning brought traffic to a standstill on Interstate 20 in both Texas and Louisiana, according to local news reports. The National Transportation Safety Board is investigating a Feb. 11 pileup on Interstate 35 in Forth Worth that involved 130 vehicles.

With its headquarters in Georgetown, Texas, Brush Country Claims is in the heart of the freeze zone. Joshua Cruce, director of strategic operations for the company, said in an email that Brush Country’s own staff is experiencing burst pipes and coping with shortages of food, fuel and lodging.

Cruce said the company is deploying personnel from out of state to support local adjusting teams. Most are coming from the Northeast, where adjusters are familiar with ice damming and pipe bursts — the types of claims generated by deep freezes.

“We typically do not publicly share our exact deployed numbers, but this event will likely rival Hurricane Laura, with resource needs potentially reaching into the 100’s,” he said.

Cruce said for now, most of the claims are from burst pipes and falling trees.

“The conditions will worsen as the region lifts from the freeze and once frozen pipes have water flowing again, uncovering previously hidden ruptured water supply lines,” he said.

Insured losses are not limited to Texas. Crawford & Co. is seeing a significant increase in claims related to winter weather for both commercial and personal lines throughout Texas, Oklahoma and Louisiana, said international communications director Lynn Cufley. “We are deploying in excess of 1,000 people as a result of this event, so you can see the scale of the event,” she said.

AIR Worldwide described the weather that precipitated the mayhem in a press release Thursday. From Feb. 13 to Feb. 16, “several atmospheric phenomena combined to wreak havoc across the continental United States, the likes of which has not been seen in many years,” the catastrophe modeling firm, a division of Verisk, said.

AIR said weeks before the southern freeze, a polar vortex broke loose and traversed the northern United States. The extreme cold air remained stationary for days in southern Canada as a low-pressure system moved into the West Coast.

That system weakened after it crossed the Rocky Mountains, but redeveloped in an unusual southern location — in the Gulf of Mexico off the Texas coast. As the low-pressure system rotated, it funneled cold air from the Northern Plains to the south and pushed moist air from the Gulf to the north, creating snow storms.

AIR said there were power outages at least 10 states from Louisiana to Oregon. Texas, which has its own electric grid, was particularly hard hit, with 4.3 million outages reported.

AIR said oil wells and refineries had to be shut down because of the extreme cold. Agriculture also took a hit. The Texas grapefruit harvest was only half complete when the cold weather arrived, according to AIR.

“From Washington to Maine, the winter storm of mid-February 2021 is a strong reminder of the shear mass (and scale) of disruption and destruction that extra tropical cyclones are capable of,” AIR said.

Verisk’s Property Claims Services has designated the cold snap as a catastrophe, meaning that insured losses are expected to exceed $25 million, said PCS head Thomas Johansmeyer. He said PCS will publish a loss estimate for its subscribers, “but it’s still early days.” 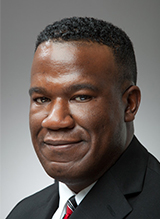 Theodore Gregory, director of operations for PCS in Austin, Texas, said during a telephone call that the power outages will also likely lead to a large number of business-interruption claims. He said the potential for those claims varies greatly because many insurance policies exclude coverage for the first 24, 48, or even 72 hours of a power outage. The impact on insurers may be mediated in areas that experienced rolling blackouts, he said.

While uncommon, deep freezes are not unheard of in Texas. In fact, Gregory said PCS recorded a $1 billion loss event associated with a winter storm in 2018.

The National Oceanic and Atmospheric Administration data shows that 16 winter storms caused at least $1 billion in damages from 1980 to 2020. According to an April 2020 report by the Insurance Information Institute, winter storms caused 6.7% of catastrophe losses from 1997 to 2016. By comparison, tornados and hurricanes each caused more than one third of catastrophe losses.

The winter losses follow a disastrous year for U.S. insurers. As the Claims Journal previously reported, there were 22 natural disaster events in 2020 that caused $1 billion or more in insured losses, according to a report by Aon. That was the highest number of disasters ever recorded.

About the photo: City of Richardson workers prepare to work on a water main pipe that burst due to extreme cold in a neighborhood Wednesday, Feb. 17, 2021, in Richardson, Texas. Water service providers in Tennessee, Oklahoma, Texas and other states hit hard by frigid winter storms and mounting power outages are asking residents to restrict usage as reports of water main breaks, low pressure and busted pipes emerge. (AP Photo/LM Otero)