The aftermath of this year’s hurricanes includes massive reconstruction across the impacted areas, which in turn creates an increased possibility for construction defect claims that would affect the liability insurance market.

When Hurricane Harvey swept over large portions of Texas, wind, rain and floods caused heavy damage to land, buildings and other improvements, and also to the inventory of lumber yards and other suppliers. Hurricane Irma then did much the same in Florida. Hurricanes Irma and Maria devastated Puerto Rico, which has additional challenges in getting ready to rebuild due to its island setting and financial situation. Louisiana and other states have also suffered, most recently from tropical storm Nate. Subsequent storm events across the southeastern United States are forecast.

Texas and Florida already are among the nation’s leaders in new construction, consisting primarily of home building. Before this hurricane season, home construction in both states was already rebounding from the 2006-2008 slump and subsequent dips. In the one year period from June 2016 to June 2017, the Dallas-Fort Worth area had the most new single family homes under construction nationwide, followed by the Houston area in second place nationally. Adding more residences, some Texas developers began experimenting with single family communities for rentals rather than sales. North Texas last year was second after New York City in the construction of new apartments. Hurricane Harvey temporarily halted construction in the impacted areas of the state, but builders are getting back to work. Florida’s increase in new construction is slower but remains steady, with residential construction far outstripping commercial and public projects.

New construction inevitably leads to construction defect claims. The claim volume projected before the storms should now increase. Following the recent storms, developers may soon see suits which allege that existing property suffered additional damage during a hurricane due to poor construction or design. Moreover, partial reconstruction, extensive repair, and new construction to replace destroyed property seems likely to propagate yet more construction defect suits in the near and distant future. Most states allow a property owner from four to 10 years to discover a latent defect and make a claim for it, starting from when the work was completed or from when the property was thereafter first sold or certified fit for occupancy. In that context, the consequences of the 2017 hurricane season will likely be felt for at least another ten to fifteen years, if not longer, in the claims arena.

Texas and Florida both have strong consumer protection laws, comparable to California, Arizona, and Nevada (other states with high home construction rates and periodic natural disasters that have resulted in mass claims against builders). They both have long-established Right to Repair Acts creating pre-litigation procedures for construction defect claims that have spawned litigation about the duties of an insurer to be involved during the pre-litigation stage.

In Texas, the 1989 Residential Construction Liability Act (RCLA) encourages home builders and contractors to make repairs rather than contesting claims with mandatory pre-litigation procedures. It has been expanded and liberally interpreted over the years, backed by the Texas Deceptive Trade Practices Act. Texas courts find coverage for those repairs when interpreting the builders’ and contractors’ policies. Yet, to date, no Texas court has found a duty to defend the statutory pre-litigation procedure under typical comprehensive general liability (CGL) policies, creating the anomalous situation where the insurer is liable for claims it need not defend. Creating a further incentive to participate, the Texas Supreme Court in a 2013 decision, Lennar Corp. v. Markel Am. Ins. Co., found coverage under a CGL policy for a developer’s repair work on hundreds of homes pursuant to settlements under the RCLA based on a finding that the settlements, entered into without the insurer’s consent, did not prejudice the insurer and thus would not justify a denial of coverage under the standard policy condition that “no insured will, except at that insured’s own cost, voluntarily make a payment, assume any obligation, or incur any expense . . . without [the insurer’s] consent.”

Florida’s 2003 Construction Defects statute establishes a pre-suit process for commercial and residential property. It has been repeatedly revised, most recently in 2015. The Florida pre-suit procedure extends the time to file a construction defect lawsuit. The statute requires a claimant to serve a notice of construction defects on the construction professional as a condition precedent to filing a lawsuit, and allows multiple, alternative responses to the notice, including an offer to make repairs and/or pay money “that will not obligate the person’s insurer” and a statement that the amount of money “will be determined by the person’s insurer within 30 days,” giving the insurer the option to respond if the claimant agrees to be bound by the insurer’s determination. If the claim is not settled, the claimant may file a lawsuit. The statute also states that providing a copy of a notice of construction defects to the recipient’s liability insurer “shall not constitute a claim for insurance purposes unless the terms of the policy specify otherwise.” The question whether a notice under the statute constitutes a “suit” triggering an insurer’s duty to defend is currently pending before the Florida Supreme Court in Altman Contractors, Inc. v. Crum & Forster Specialty Ins. Co.

Historically, California, Arizona and Nevada have been the hotbeds for construction defect litigation. But, with the consumer friendly backdrop, and the increase in construction following the 2017 hurricane season, circumstances are ripe for Texas and Florida to become more like the Southwest states with respect to construction defect claims. Insurers would do well to start applying the lessons learned in the Southwest now.

Claims in the Southwest have taught insurers how to manage high volumes of construction claims more effectively. As the cost of the hurricane driven claims is likely to increase, insurers will be even more motivated to streamline the claims process in search of efficiency, perhaps in part by the use of new technology. News sources repeatedly refer to a shortage of materials and labor in Texas and Florida before the hurricanes. The storms make makes both shortages worse by reducing the supply of material while raising the cost of bringing supplies into the area and also diverting labor. This is driving up the cost for labor and materials. When combined with already rising volume of construction, especially home construction, and strong impetus to get repairs done as quickly as possible, the cost of construction could further increase, which will further inflate the cost of construction defect cases to insurers.

Insurers should also be prepared for insurance coverage disputes arising out of construction defect litigation. Florida’s “Civil Remedy” statute codifies insurance claims handling standards in a statute which creates a direct right of action against insurers, one means of asserting a “bad faith” claim against an insurer. In 2003, Texas enacted what is known as the Prompt Payments Act, which awards 18 percent interest and attorney fees to an insured that shows unreasonable delay. This statute is part of extensive legislation adding various forms of consumer protection to the Texas Insurance Code, including typical standards for claims handling and duties to disclose claim information to the insured. Courts in both states have recognized causes of action for a range of insurer behavior that may give rise to extracontractual damages in addition to policy payments owed, separate from statutory claims. The consequences of any oversight or misstep in claims handling in these states (and others) can be costly and long lasting.

The likely cascade of claims arising from these hurricanes will last a very long time. We encourage insurers in the construction market for the southeastern United States, and especially their local claim handlers, to be prepared for high volume and high costs in these challenging environments. 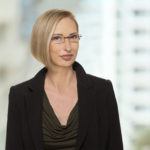 Holly S. Harvey is a partner with Clyde & Co.

James P. Koelzer is a partner with Clyde & Co. 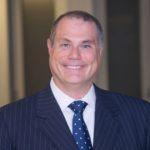