University of Texas researchers have found a way to divert an $80 million yacht from its course using a custom-made GPS device in an experiment highlighting the potential threat to maritime travel, school officials announced Monday.

The experiment, conducted in June, was led by engineering professor Todd Humphreys along with graduate students from the Cockrell School of Engineering in a vessel traveling through the Mediterranean Sea. 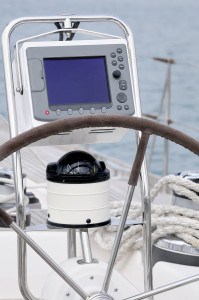 The purpose of the experiment was to show how problematic spoofing is to marine vessels and other forms of transportation, Humphreys said.

The research team was invited onto the vessel by its France-based captain, Andrew Schofield, who had met Humphreys earlier this year at Texas technology conference. Schofield, who has operated ships since 1991, said the experiment exposed a frightening new technique that could lead to dangerous consequences.

“This is significant for all who use satellite navigation, especially if it’s in a commercial context,” Schofield said in an interview with The Associated Press. And “all civilian GPS (devices are) susceptible to this.”

Experts said they are unaware of real-life scenarios of GPS spoofing, but it should still be a concern because there is no technology to prevent the practice.

Steve Lynn, a professor at Northeastern University who has researched maritime security, said this is the first time he has heard of an experiment successfully hacking into a ship’s GPS system, but it’s not entirely surprising.

“Because the security safety guards aren’t there … you can come up with some pretty scary scenarios that come from that vulnerability,” Lynn said.

Even though technology has yet to be developed to prevent ship spoofing, people can override the technique if naval crews notice inconsistencies in the navigation system right away.

“That’s why we have humans in the cockpit, precisely because they provide the ability to weigh in when the automatic system has been (compromised),” Lynn said. “And the same remains true at sea.”

Still, the U.S. government should be taking a closer look at how to prevent spoofing, he said.