A new round of inspections of towboats and tugs is starting in July as part of a nationwide push by the Coast Guard to improve the safety of the nation’s rivers and harbors. 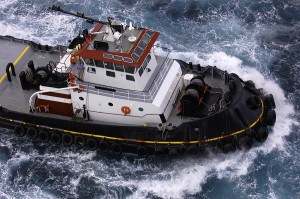 Since a 2008 collision and oil spill near New Orleans involving an improperly licensed towboat captain, the Coast Guard has begun inspecting work boats across the nation.

So far, the Coast Guard says it has inspected 2,887 towing vessels that volunteered to be inspected in the 26 states that fall under the Coast Guard’s Eighth District, which is headquartered in New Orleans.

Starting on July 1, the agency says it will begin inspecting the rest of the towing fleet in the district.

White said the inspections `”ill help improve the safety of towing vessel operations on our nation’s waterways and protect life, property and the marine environment.”

Inspectors will be seeking out about 900 vessels that haven’t been inspected yet in the Eighth District’s boundaries, which stretch from the Gulf Coast to Appalachian Mountains to the Rocky Mountains, White said.

Safety in the towing industry came under scrutiny following a July 23, 2008, accident between the towboat Mel Oliver and the Tintomara oil tanker on the Mississippi River near New Orleans. The collision spilled about 283,000 gallons of oil and closed a nearly 100-mile stretch of river near New Orleans for six days, temporarily idling dozens of tankers and ships as environmental crews used booms and vacuums to clean oily riverbanks.

After that accident, Congress called for action, and the tug industry moved to close some of its own loopholes. The Coast Guard started drawing up regulations for an improved inspection program and began the “Big Tow Operation,” a nationwide effort to crack down on tugs that break the rules.

The Coast Guard also trained a new corps of field inspectors specifically for tugs, hoping to examine the entire fleet.

The inspections are welcomed by many in the industry who complained that the towing fleet was under-regulated. Before the new inspection program, towing vessels were among the only work boats that did not have to be inspected by the Coast Guard.

Ken Hocke, senior editor of WorkBoat Magazine, an industry journal based in Mandeville, La., said the inspections were long overdue and ferreted out bad operators.

“Those kinds of people who lived at the shadows of the industry, so to speak, who had a tug that broke every environmental regulation you could think of, don’t have a place on the river anymore,” he said.

“Overall, people are happy with it,” Hocke said. “The Coast Guard is doing a good job with what they have to work with.”