Texas police say they’ve smashed an international shoplifting ring that pilfered such goods as laundry detergent, batteries and cosmetics for sale at flea markets or smuggling into Mexico. 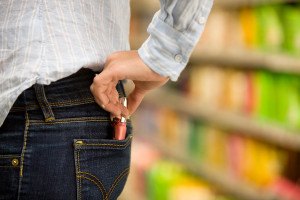 Austin police Officer Dustin Smart says stolen goods with an estimated worth topping $50,000 was stolen from Austin-area outlets. He says thieves stole from such south Austin retailers as Target and H-E-B until a month-and-a-half-long police sting broke up the operation.

A woman has been arrested and her husband and six others are being sought. According to the Austin American-Statesman, an affidavit says one H-E-B supermarket reported a $10,000 loss of shampoo alone during January.

A raid of a house in south Austin turned up about $35,000 in stolen goods.