Communications have been modernized, utility outage response has improved and emergency response officials in north-central Oklahoma are better prepared for natural disasters 10 years after one of the worst ice storms in state history crippled the region. 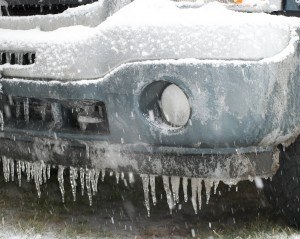 A storm system dumped successive rounds of freezing rain on the state Jan. 30, 2002, coating virtually everything from Elk City to Pawhuska with ice. The storm was blamed for the deaths of six people and it knocked out electricity to 255,000 utility customers at its height.

It was at that point the most expensive storm in the history of Oklahoma Gas and Electric, which along with rural electric cooperatives struggled for days with icy roads and dangerous conditions to return heat and light to thousands of customers.

The Enid News & Eagle reported that Kathleen O’Shea, spokeswoman for OG&E Electric Services, said the utility provider has made extensive changes in the way it responds to mass power outages. In 2008, an OG&E Incident Command System (ICS) was created to streamline communications, coordinate response and maximize resources in priority areas.

“It’s really an impressive system that works to ensure we can get power restored as fast as possible after a large outage,” O’Shea told the newspaper. “It allows us to coordinate our efforts and put people on the ground where they’re most needed.”

O’Shea said the ICS system allows OG&E to better coordinate mutual assistance with other utility providers, and to more efficiently call in and control out-of-state crews if needed.

Becky Hodgen, director of public relations for Enid, said the city has significantly increased its resources to respond to another ice storm or other large emergency.

“We have much newer equipment, and more of it than we did 10 years ago,” Hodgen said, “so it will be safe for the workers and we will be better able to meet the needs of the city.”

She said officials have focused in recent years on upgrading the city’s fleet of backhoes, skid loaders and graders. The city now also keeps a larger supply of road salt on hand than it did in 2002, and has strengthened its network of vendors for essential supplies.

Emergency Management Director Mike Honigsberg recalled hampered communications and a loss of power as being the biggest obstacles in coordinating response efforts. The permanent addition of back-up generator power to essential services has been one of the major changes made since the ice storm.

“We found out where our weaknesses were in our water fields, and put in generators so we won’t have any shortages if that happens again,” Honigsberg said. “Pretty much anywhere vital services need electricity, we have generators now.”

The generators were particularly important for area hospitals.

“When we had the storm, it was unlike anything I had seen before,” said Rick Little, construction supervisor at St. Mary’s. “The whole town went dark, and it was just dead silent.”

Little said St. Mary’s had four generators in 2002 and that “most of the time we had all of them running.”

“For about 48 hours, it was a fight,” he said. “As that first night went on, we found refrigerators and a lot of other equipment that weren’t tied into emergency power.”

The hospital’s emergency power system has since been restructured to include that equipment, and to allow for power to be diverted between equipment and to isolate non-essential areas.

Honigsberg said the implementation of the National Incident Management System (NIMS) also has helped. The system is a standardized nationwide emergency response framework born of lessons learned from response to the Sept. 11, 2001, terrorist attacks.

“NIMS was in its baby stages in 2002,” Honigsberg said. “`Now, everything in this county is NIMS compliant, and there’s much better continuity in how we respond, and in establishing who’s going to do what, when. It’s just a matter of response, and everybody knows how we’ll respond.”