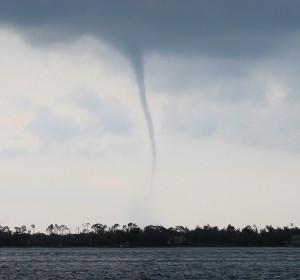 Arkansas has had more tornadoes on average in the past decade, when measured against the prior 20 years, according to an analysis of tornado trends by the Storm Prediction Center in Norman, Okla.

Meteorologist John Robinson at the National Weather Service office in North Little Rock said Wednesday the increase in tornadoes may actually be an improvement in the number of twisters that weather officials knew about.

Robinson said there is greater public awareness of severe weather than there was prior to 2000. He added that the National Weather Service has put an increased emphasis on verifying storm damage by sending meteorologists out to walk storm-damaged areas to verify whether it was a tornado or other weather that created the wreckage.

For Robinson and Greg Carbin, warning coordinator for the Storm Prediction Center, items that aren’t reflected in the data area also important to consider.

Robinson said the southern Plains can be struck by tornadoes at any time of year.

“So many people think that because we got through springtime, we don’t have to worry about anything else,” Robinson said.

In several years since 2000, more tornadoes struck Arkansas in the fall and winter than in the spring.

With a moderate to strong La Nina, which is a mass of cool water in the Pacific Ocean redirecting the jet stream and making for stormy weather in the U.S., it is likely that Arkansas will see severe weather in the fall and winter, Robinson said.

Carbin said that deadly tornadoes in 2011 in Alabama, Missouri and Tennessee, fatalities for 2011 will equal the number killed nationally by tornadoes in the last 10 years.

In May, tornadoes killed more than 240 people in Alabama and 34 in Tennessee. A tornado that went through Joplin, Mo., killed 162 people.

Those fatalities haven’t been factored into the most recent analysis; 2011 isn’t over and the number could grow.

Robinson said Arkansas is prone to having warm, moist air move from the Gulf of Mexico during the fall and winter.

“The next big cold front plows into that moisture and we have severe weather,” Robinson said.

Carbin also calculated the states’ annual average number of tornadoes per 10,000 square miles between 2001 and 2010.

Texas had a only five tornadoes each year, while Kansas led the nation with 14.

Arkansas and Missouri had nine tornadoes per 10,000 square miles in that time frame, while Oklahoma and Louisiana had eight. Mississippi had 12; Alabama, 11.

Iowa, Illinois and South Carolina had an average of 10 tornadoes each year per 10,000 square miles.

Missouri suffered 75 tornado deaths in the 10-year period, which doesn’t include the toll from the Joplin tornado this year, which killed 126 people.

As Carbin noted, those numbers will shift dramatically once the 2011 numbers are factored.