We can all think of times when a dispute, injury, or harm did not directly involve us, yet ended up impacting us in some way.

Perhaps it was the kid who kicked the soccer ball over the fence and hit a house, and now no one can play soccer at recess anymore. Or perhaps there was a student who tested the limits on what an “open notes” exam means, and now every test is closed-book. In these situations, an authority figure had to make a decision based on what one person did, but the decision ended up impacting a lot of other people.

In the world of litigation, analogous situations can arise and the consequences can be much greater, even in seemingly “simple” lawsuits.

Indeed, as cases make their way through the courts in both the federal and state systems, their impact can become far‐reaching—particularly when a higher court must decide one or more issues of law. Thus, for example, what starts out as a “simple” personal injury case with two parties (say, a plaintiff pedestrian and a defendant driver) could become one that deeply impacts multiple industries or sectors (say, auto manufacturers, insurance carriers, healthcare providers, etc.).

When this type of case suddenly becomes more complicated (say, as more discovery is conducted by the parties and the plaintiff adds more defendants), companies that are in the same industry or sector as some of the named defendants (or groups who are aligned with those companies or share certain interests) may sense or realize that they too could be affected by the outcome of the case—especially when a higher court becomes involved.

Other Perspectives and the Bigger Picture

In situations such as those described above, non‐parties may wish to have their perspectives considered by the court before a final decision is rendered. To do so, these non‐parties may consider financing or otherwise supporting the filing of an amicus curiae brief (often simply called an “amicus brief”). As an amicus curiae or “friend of the court,” a non‐party filing such a brief has the opportunity to present its position and help the court understand the larger impact the case could have (i.e., beyond just the parties named and directly involved in the case).

The filing of amicus briefs continues to increase in many different types of litigation. For example, in the case of State Farm v. Campbell, in which the U.S. Supreme Court imposed constraints on the imposition of punitive damage awards, 32 of such briefs were filed. Filers included companies and groups such as the plaintiff’s bar, insurance companies, and product manufacturers (among others), all of which wanted to be sure their perspectives were considered. As Allison Orr Larsen and Neal Devins detail in The Amicus Machine, 102 Va. L. Rev. 1901, 1902 (2016), roughly 800 amicus briefs are filed during each term of the U.S. Supreme Court—a 95 percent increase since 1995. State court systems have seen an increase in amicus filings as well, not only shaping courts’ thinking on cases they hear, but also having an impact on which cases courts decide to hear when they have discretion to do so.

More amicus briefs are being filed because they offer an excellent way for an industry or group to present its perspective. Insurance companies in particular can be significantly affected by cases in which courts construe policy language, calibrate the scope of the duty to defend and indemnify, and declare what is required to act in “good faith.” In an amicus brief, a group representing insurance companies can address questions such as, “How would a particular result impact insurance premiums for individuals? Would insurers consider declining to issue policies in this jurisdiction, or anywhere at all?” When important questions of public policy arise, interested non-parties may want to have a representative in their corner well-suited to present their interests to the court.

How Courts Use Amicus Briefs

The value of an amicus brief should not be underestimated. Courts do read and consider the arguments found in these briefs. For example, in the landmark punitive damages case of BMW of North America, Inc. v. Gore (decided 5-4), U.S. Supreme Court Justice Stephen Breyer included a lengthy discussion of the mathematical arguments presented by amici in his concurring opinion, which was joined by two other justices.

And amicus briefs don’t just matter at the U.S. Supreme Court. For instance, the Supreme Court of Pennsylvania included an in-depth discussion of various arguments of amici representing insurance companies and policyholders when holding that an insured may assign the right to recover damages from his or her insurance company for bad faith. Allstate Property and Cas. Ins. Co. v. Wolfe, 105 A.3d 1181, 1184-86 (Penn. 2014). Although courts will sometimes disagree with what an amicus curiae argues (as happened in the Allstate case, in which insurance companies wanted a different result), having the ear of the court is better than not having it at all.

Whether one is a named party or is a “friend of the court,” the goal in appellate litigation is the same: to inform and educate the court, and effectively persuade it to adopt positions in line with the briefing party’s interests. Because the goal is the same, appellate lawyers are well suited to argue cases on the merits for a named party, or to discuss the broader impact a case could have for the interests represented by an amicus curiae. And as the above examples illustrate, the arguments of amici can be instrumental (or at least instructive). Indeed, interested non-parties are taking notice of this fact, considering the number of amicus briefs being filed lately.

So, when should an insurance company consider requesting amicus support in a case in which it is a party, or encouraging amicus support in a case in which it is not? As Larsen and Devins explain in The Amicus Machine, an “amicus strategy” is necessary for success. Individuals in industries or sectors heavily impacted by litigation, such as insurance, should keep a watchful eye on cases involving other companies so that a coordinated amicus strategy can be developed to better inform and educate the courts and advocate for common interests. Such a strategy includes not only helping courts decide cases they have already agreed to hear (or are required to hear), but also playing a role in influencing which cases courts decide to hear when they have the discretion to do so. An experienced team of appellate lawyers can help put this strategy in action and be a “friend” to these “friends of the court.”

As leader of the Appellate and Complex Litigation Team at Sandberg Phoenix & von Gontard P.C. in St. Louis, Missouri, Tim Sansone has served as appellate counsel in residence during multiple high-stakes trials receiving national attention, and regularly serves as a consultant for claims professionals and lead trial counsel at all stages of litigation. In addition to product liability defense and appellate practice, he focuses in the areas of business litigation, class action defense, and insurance coverage. He can be reached directly at 314-446-4250 or by email at tsansone@sandbergphoenix.com 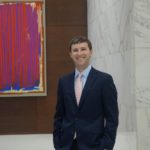 Stephen Carman joined Sandberg Phoenix as an associate in 2018, after receiving his J.D. from the University of Missouri School of Law – Columbia. He can be reached directly at 314-446-4255 or by email at scarman@sandbergphoenix.com