Regulators are making it easier for U.S. airlines to limit the growing number of dogs and other animals being brought onto flights by passengers saying they are for emotional or psychological support.
The Department of Transportation Wednesday said it won’t penalize airlines if they refuse to let passengers take aboard more than one support animal, demand assurance that a passenger has a disability or require proof of an animal’s vaccination and training. The agency also will allow airlines to impose “reasonable restrictions” on the movement of emotional-support animals in a plane’s cabin.

Service animals including seeing-eye dogs won’t be restricted under the proposed changes.

“The department has heard from the transportation industry, as well as individuals with disabilities, that the current regulation could be improved to ensure non-discriminatory access for individuals with disabilities, while simultaneously preventing instances of fraud and ensuring consistency with other federal regulations,” the agency said in a release.

The DOT’s actions come as the three largest U.S. carriers have altered their policies on animals since the start of this year in reaction to soaring numbers of passengers claiming they needed them for provide emotional support. Those increased numbers also led to at least two incidents in which passengers were injured, including a man who suffered severe facial wounds from a dog last June on a Delta Air Lines Inc. flight. 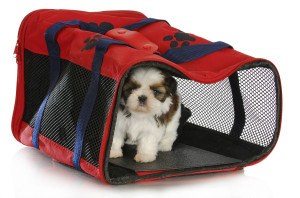 Delta and United Continental Holdings Inc. in March began requiring 48-hour advance notice to travel with an emotional support animal, along with documents that could include proof the animal is trained and vaccinations are up to date, and a letter from a doctor or mental health worker on the person’s need for an animal or identifying the disability involved.

American Airlines Group Inc. said May 14 it will adopt similar policies July 1. The carriers have not changed policies for trained service animals used by people with visual or hearing impairments, seizures or mobility issues.

“Delta supports regulatory reform to further ensure the safety of all our customers and employees while supporting the rights of customers with legitimate needs for service animals,” said Ashton Kang, a spokeswoman.

Delta said in January it was flying about 700 service animals daily, a 150 percent increase since 2015. The company also reported an 84 percent rise since 2016 in “animal incidents,” including urine, feces and aggressive behavior.

United noted a 75 percent jump in animals on board from a year earlier, and a “significant increase” in onboard incidents involving them. American and United are banning certain animals totally from traveling in the cabin, including hedgehogs, ferrets, insects, rodents, snakes, spiders, amphibians, sugar gliders and non-household birds. American also barred those with tusks, horns or hooves, except for trained miniature horses acting as serviceanimals.

The Transportation Department is also seeking public comment on possible new regulations to restrict the use of support animals.

The government should issue clearer guidance as soon as possible to deal with the “exponential increase” in passengers claiming the need for such animals, said Sara Nelson, international president of the Association of Flight Attendants-CWA.

“Flight attendants and passengers have been bitten, attacked and inconvenienced by animals who are not properly trained to be in a confined public environment,” Nelson said. “This is interfering with the rights of our veterans and people with disabilities who legitimately need these animals to travel.”