Climate change and the resulting weather-related events have increased costs in the property insurance industry. Whether climate change is caused by human activity or is the result of an evolving planet is debatable to some, but the increasing severity of weather-related commercial property losses is less so. For one such event, hail storms, this article proposes an alternative coverage language approach, a concept known as “aesthetic impairment,” rather than the current “cosmetic damage” exclusion. This “aesthetic impairment” concept addresses large scale hail losses for insurers caused by minor hail damage. It is hoped that more transparency and clarity as to risk retention and coverage can be gained from the aesthetic impairment approach.

The difficulty with most commercial property policy forms is that they do not define the term “damage,” which leads to a situation where any form of damage, no matter how slight, is considered a payable loss unless otherwise excluded. To address these expensive claims where a property’s appearance, but not its functionality, is impaired, policy language in the form of the “cosmetic damage” exclusion has begun to appear, excluding minor damage. With more severe and frequent hailstorm activity, more coverage disputes can be expected as insurers and insureds struggle with the parameters of the cosmetic damage exclusion.

The minor hail damage category of risk is difficult to actuarially evaluate and may not be adequately reflected in many existing premiums. As hail risk becomes more significant because of climate change, this proposal should help identify and evaluate the minor damage hail risk at the underwriting stage—and whether to deal with it through exclusions, buy-back endorsements or sublimits.

First, a discussion of the exposure.

Smaller hail does not tend to damage most roofs, whether commercial or home. In the past decade, hail storms have grown more severe, with increased hail size reported as well. This makes it more common for hail stones to cause visible markings or minor damage on roofs where none had previously occurred. Because there have been few contractual limitations on what was covered “damage” in commercial property coverage, any visible impact marks, even if roof integrity was not affected, resulted in substantial roof system replacement costs to insurers. 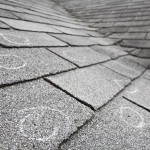 The greatest property exposures for hail tend to be shorter expansive buildings that are concentrated within business complexes or school campuses. Their roofs can be measured in acres, not square feet. With such large roofs concentrated in small geographic areas, even brief hail storms can cause significant repair costs for an insurer. As hail storms have become more severe, including storm frequency and hailstone size, roofs and exterior surfaces of commercial buildings are increasingly vulnerable to such storms. In extreme hail storms, even expensive hail-resistant roofs can show visible indentations from larger hailstones.

Additionally, building exteriors, particularly roofs, need periodic maintenance or replacement to efficiently protect the interior and contents of buildings. As roofs age, they become more susceptible to storm damage due to many factors, including loosened and less pliable roofing material, as well as increasingly brittle sealants. Any delay in maintenance tends to exacerbate damage caused by hail. This is in contrast to other forms of property affected by hail storms, such as automobiles, which can operate for the life of the property with little such exterior upkeep. Because of this need for building maintenance, building owners in hail-prone areas have some incentive to delay necessary roof replacement in hopes that a hail storm claim will cover such costs, resulting in carriers, not the owners, paying for a new roof.

The Undefined “Damage” Problem and the Tangled “Cosmetic Damage” Solution

Commercial property coverage is triggered by a threshold concept of injury to insured property. Thus, an insurer’s obligation results from a covered peril having a damaging effect on the insured property. This damaging effect is usually termed “physical damage” or something similar. However, the term “physical damage” or “damage” is not defined in most insurance policies. This means that any physical alteration to the property, no matter how slight, can be considered damage, thus triggering a loss under the coverage if no exclusionary language is available regarding any particular grade of damage. See, e.g., Welton Enterprises, Inc. v. Cincinnati Ins. Co., 131 F. Supp. 3d 827, 834 (W.D. Wis. 2015) (discussing that purely cosmetic denting may constitute “direct physical loss” and trigger coverage if no other limiting language is present, such as cosmetic or other particular damage exclusions.)

In an attempt to limit coverage for non-functional damage, insurers have begun to include the “cosmetic damage” exclusion. Cosmetic damage is usually defined as marring, pitting or other superficial damage from hail that alters the appearance of the roof, but does not prohibit it from functioning as a moisture barrier. In this linear approach, if damages are considered covered by a property policy when graded from 10 to 3, but cosmetic damage grades 2 and 1 are excluded, the range of covered damage abuts the insurers’ intended range of excluded damage. In claim disputes, the insured feels that minor damage is at least a 3, while the insurer insists minor damage is at most a 2. While the insured bears the burden of proof for a claim, the burden is on the insurer to establish that any limiting or exclusionary language is applicable; see Couch on Ins., § 175:92 (3d ed.). This leads to a classic “battle of the experts” regarding the actual nature and extent of the damage, and often to the inevitable contentious litigation or arbitration that follows.

How does the aesthetic impairment concept potentially improve upon the cosmetic damage exclusion? The new concept more clearly delineates functional damage from appearance damage. The first step is to contractually define the term “damage,” basing it on the post-loss functionality of the affected property, rather than mere physical harm as part of the coverage trigger. The second step is to create a limited coverage known as “aesthetic impairment” which addresses minor physical harms, but is specifically defined as not being considered “damage.” This further emphasizes that functionality loss is the main coverage trigger, and also separates out the sublimited coverage focused on disfeaturement. This also creates context within the coverage agreement—the intent is to not only compress the scope of the main coverage, but also to give back some form of coverage specifically aimed at minor types of disfeaturement of the property. Should the coverage agreement be examined judicially at a later juncture, this new method conveys that different types of physical harm are not intended to be treated equally, unlike many current property policies. A third step, of course, is to eliminate any language associated with the cosmetic damage exclusion.

As to specific language examples, “damage” might be defined as “physical harm to covered property that substantially reduces its ability to function. Damage does not include physical harm that changes the appearance of property but does not substantially reduce the service, usefulness, or utility of such property.” Aesthetic impairment could be defined as “physical harm resulting from an otherwise covered loss. Aesthetic Impairment is not Damage but is physical harm that conspicuously and substantially disfeatures covered property within an easily observable public view.” This language reinforces the separate definition of “damage,” and also signals that minor physical harm is intended to fall into the aesthetic impairment category of loss and is not considered damage.

Additionally, a benefit of using the term “aesthetic impairment” is that a form of the word “damage” is not reused. With current policies, where “damage” isn’t defined but “cosmetic damage” is defined, the coverage trigger is less certain. Rather, this aesthetic impairment approach provides two opportunities for coverage (full or sublimited partial), with both having narrower bands of coverage than a standard policy that covers all damage.

Admittedly, it can be argued the aesthetic impairment approach is simply a different side of the same coin. Indeed, the arguments will shift any disputes from what is considered cosmetic damage to what is the meaning of substantial and functional in the definition of damage. However, this technique can reduce disputes regarding minor hail claims by more clearly outlining expected coverage. If minor hail losses can be more accurately underwritten, more predictable rates and losses can be achieved. This benefits both insured and insurer in their decision making about risk transfer and increases transparency for the parties when considering their risk responsibility. Appearance endorsement offerings by the insurer can also give more flexibility and accuracy to the underwriting process.

While the addition of a damage definition and aesthetic impairment language will not end hail claim disputes, it will give more clarity than the current commercial property policy language that has no damage definition at all, and a cosmetic damage exclusion at most. 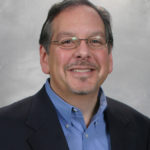 Marcos Antonio Mendoza is an assistant director with the Texas Association of School Boards, the TPA for the TASB Risk Management Fund in Austin, TX, and adjunct faculty with the University of Connecticut School of Law. His law review article “Reinsurance as Governance” details empirical research regarding reinsurance, private contractual regulation and risk pooling. He can be contacted at Marcos.Mendoza@TASB.org