In some states, interest can be a significant portion of a judgment — in New York, for example, the number is nine percent. Because judgments do not bear interest at common law, interest is generally calculated only by reason of authority conferred by statute or, perhaps, by agreement of the parties to a contract. Although it is not generally expected that interest on a judgment falls within the coverage provided under a commercial general liability policy, many policies contain a Supplementary Payment provision which could give rise to an obligation to reimburse such interest. Well-written Supplementary Payment provisions contain language specifying when interest, including prejudgment interest, will fall within the coverage of the policy.

Parties may enter into a contract which provides for interest to accrue on an obligation or judgment, but most jurisdictions provide a statutory scheme for the accrual interest on a claim and on a judgment. For example, New York’s Civil Practice Law and Rules address three distinct time periods for computing interest.

CPLR §5001 addresses interest on a claim and, because interest pursuant to CPLR §5001 provides for pre-verdict interest, it is not applicable to personal injury claims which generally only accrue interest from the time of a verdict. Culpepper v. Allstate Ins. Co., 31 A.D.2d 490, 492 (2nd Dept. 2006).

CPLR §5002 addresses interest on a verdict or decision, but interest may only be recovered from the date the verdict is rendered to the date of judgment. Under this section, a successful plaintiff in a personal injury matter may be awarded interest from the date of the decision establishing liability and will accrue interest even before there is a damages verdict. Van Nostrand v. Froehlich, 44 A.D.3d 54 (2nd Dept. 2007); Eisenberg v. Rockland County, 19 A.D.3d 536 (2nd Dept. 2005). This is typical in bifurcated cases, or in cases in which a judgment for liability is entered by way of a motion for summary judgment.

CPLR §5003 addresses interest on a judgment. All money judgments bear interest from the date of entry. Significantly, in the event of an appeal or amendment to a judgment, interest runs from date of entry of the original judgment and continues until the judgment is satisfied. Pellegrino v. State, 133 Misc.2d 888 (N.Y.Ct. Cl. 1986), affirmed, 139 A.D.2d 502 (2nd Dept. 1988). Interest accrues on the entirety of the judgment, including all costs and pre judgment interest which may be included as part of the judgment.

Most states have enacted statues allowing for an award of interest on money judgments to compensate the judgement creditor for not having the use of the judgment money until paid by the judgment debtor. Such legislative schemes are not intended to punish. Rather, they are the product of a progressive recognition and acceptance of the time value of money.

An insurer’s obligation to pay interest depends on the specific language of the policy. Absent a specific requirement, there is likely no other policy provision which would obligate an insurer to pay such interest. An insurer must pay in accordance with the specific terms of the policy.

Under the current standard ISO Commercial General Liability form (CG 00 01 04 13), there are two provisions in the Supplementary Payments section relevant to the issue of whether an insured must pay interest. The relevant language is set forth below:

SUPPLEMENTARY PAYMENTS – COVERAGES A AND B

1. We will pay, with respect to any claim we investigate or settle, or any “suit” against an insured we defend:

These payments will not reduce the limits of insurance.

Notwithstanding the potential significance of a supplementary payment provision to a policyholder, there is a dearth of decisional authority on the subject. Similarly, little attention has been given the subject in insurance treatises. One might conclude from the scarcity of authority on the topic that such provisions are clear and unambiguous, unworthy of debate or scholarly attention. Yet insurers and their counsel occasionally struggle to glean the intent of this provision on occasions when a policyholder is asked to reimburse for the costs of litigation or interest on a judgment.

An obligation to pay pre-judgment interest would most likely arise in the context of a court granting a motion for summary judgment on the issue of liability, with the amount of damages yet to be decided. Noteworthy, the Supplementary Payment provisions include post-judgment interest on an exposure in excess of the policy limit.

Supplementary Payment provisions, such as those above, typically provide an insurer with an opportunity to terminate the accrual of interest which it must pay. Such supplementary payment provisions may limit an insurer’s obligation as of the date the insurer offers to pay up to the limits of the policy; however, this tender must be unconditional. Making a conditional offer to pay will likely not terminate the accrual of interest which an insurer must pay.

Paragraph “f” above pertains to prejudgment interest and provides that the obligation to pay interest ends when the insurer makes “an offer to pay the applicable limit.” Although not specified, such a “tender” of limits should be communicated to the claimant’s counsel, not just counsel for the defense, a co-insurer, or codefendants, in order to terminate the interest obligation. Communicating the availability of limits to defense counsel or other insurers only may not limit an insurer’s obligation to pay interest continuing to accrue.

While the New York Court of Appeals has held that an insurer need only be liable for interest on that portion of a judgement that it must pay up to its policy limit, a New York court will not so limit an insurer’s exposure for the interest if the policy terms are “more generous” than typically allowed under New York law. See Dingle v. Prudential Property and Cas. Ins. Co., 85 N.Y.2d 657, 658 (1995). The example of a Supplementary Payment provision set forth above would be deemed a “more generous” provision than required by New York law because the insurer agreed to pay all interest “on the full amount” of any judgment that accrues after entry of the judgment, and that accrual of interest will continue until the insurer has paid, offered to pay, or deposited into court the part of the judgment that is within the applicable limits of insurance. This form of the Supplementary Payment provision has been recognized by one New York trial court as the “standard” contract clause which requires an insurer to pay interest on the entire judgment from the date of the damages verdict to the date it “tenders” payment. Miraglia v. Essex Ins. Co., 20 Misc.3d 1122(A) (Orange Cty. 2008).

We will pay, with respect to any claim we investigate or settle, or any “suit” against an insured we defend:

Although the court considered other aspects of the supplementary payments provision, the court held that, with respect to paragraph 7, the provision is “not ambiguous” and that the plain language of paragraph 7 requires the insurer to pay post-judgment interest.

Insurers May Well Have An Interest in the Accrual of Interest 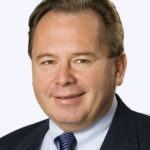 Michael Glascott is a partner in the Global Insurance Services Practice Group of Goldberg Segalla, where his practice focuses ​upon complex insurance coverage, bad faith, commercial litigation and tort and New York labor law litigation. ​He​ has successfully represented clients in courts throughout New York and other northeastern states. Glascott is senior director of the Federation of Defense and Corporate Counsel and a Fellow in the American College of Coverage and Extracontractual Counsel. 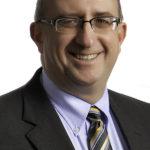