Between 2011 and 2014, road debris caused more than 50,000 car accidents in the U.S. each year, according to a report released this summer by the AAA Foundation for Traffic Safety.

Because the figure is based on police-reported incidents, it is likely there are many more unreported debris-related crashes.

According to the author, Brian C. Tefft, senior research associate for the Foundation, for purposes of the report, “Crashes that involved live animals, trees falling onto vehicles, debris associated with a recent previous crash, construction-related debris in work zones, or debris outside of the travel lane were not counted as debris-related crashes.” 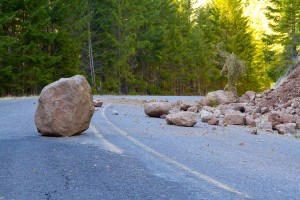 The reported crashes resulted in 9,805 injuries and 125 deaths each year.

The report stated that “compared with crashes that did not involve debris, debris-related crashes were approximately four times as likely to occur on interstate highways.” This is likely the result of high speeds which tend to increase the likelihood of spilling cargo onto the roadway, the report suggested.

The report also found that compared with all drivers involved in crashes, drivers who struck or were struck by debris were approximately 20 percent more likely to be men.