In a recent online poll about experiences with auto injury insurance claims, almost half of respondents with auto injury claims hired attorneys to help settle those claims, according to a survey commissioned by the Insurance Research Council. The most common reasons for talking to attorney did not involve dissatisfaction with the claim process. Only 15 percent of auto injury claimants who talked to an attorney said that they did so because of delays in getting the claim settled, and 10 percent said it was because they were unhappy with the settlement amount offered. Instead, it was more common for respondents to say that they talked with an attorney because it was suggested to them, either by someone they know (33 percent) or by their doctor (16 percent). Another common reason was that they wanted to get the highest settlement possible, cited by 22 percent of respondents.

The survey found additional evidence that claim settlement problems are not the primary motivation for attorney involvement. Nearly two-thirds of claimants who contacted an attorney in relation to an auto injury claim did so at the very beginning of the claim, within one week of the accident. In addition, even among respondents who reported satisfaction with the insurance company’s handling of the claim, one in three claimants hired attorneys. 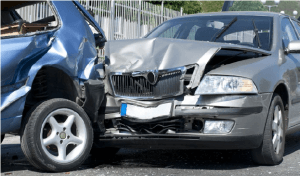 “It is a myth that most attorney involvement in auto injury claims arises because a claimant has difficulties settling a claim. Many consumers start the process believing that they cannot navigate the claim without legal representation, a perception perpetuated by many ads for attorney services,” said Elizabeth Sprinkel, senior vice president of the IRC. “This widespread perception has important implications, given the fact that attorney involvement can add significant costs and delays both for the system and for claimants.”

The report, Motivation for Attorney Involvement in Auto Injury Claims, is based on an online survey conducted by GfK Public Affairs & Corporate Communications on behalf of the IRC. A total of 27,126 online interviews were conducted in June and July 2016, with follow-up questions asked of 505 respondents identified as auto injury claimants who hired attorneys.