With nearly 18 million students enrolled in colleges or campuses throughout the U.S., and an estimated 12 million living off campus, safety is a concern for parents. The desire to save money and live on one’s own could put students living off campus in harm’s way since an estimated 94 percent of all college-related fires occur in off campus housing, according to a new report released by the U.S. Fire Administration.

The report, Campus Fire Fatalities in Residential Buildings, reviewed data between 2000 and 2015 related to campus fires and fatalities, starting with the Seton Hall University dorm fire that occurred in New Jersey in 2000. According to the agency, the fire caused three deaths and injured 67 others.

According to the report, 29 percent of fatal campus fires were caused by smoking, followed by intentional actions (16 percent), electrical (11 percent) and cooking (9 percent). Nearly 18 percent of fires were classified as cause undetermined.

The report noted that April was the peak month (13 percent) for fatal fires in campus housing, with January, May and October at 12 percent each. The summer months reflected the lowest number of fires. 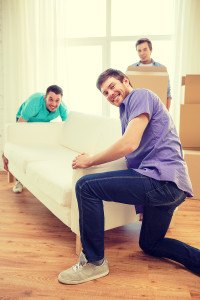 The reason most fires occur in off campus housing is due to a lack of control, according to the USFA. Control of student behavior, belongings and strict rules on building fire safety typically make on campus housing safer when it comes to fire risk.

In conjunction with the release of the USFA report, the National Fire Protection Association (NFPA), Campus Firewatch and the Consumer Product Safety Commission have teamed up to promote the See It Before You Sign It fire safety campaign to reduce off-campus fire deaths at colleges across the nation.

The campaign focuses on off campus housing and is aimed at educating both parents and students on potential fire hazards.

“The spring is when students are looking for off-campus housing for the upcoming fall semester,” said Ed Comeau, publisher, Campus Firewatch. “They talk to friends and scour online resources to find that perfect place to live. The only problem is, that “perfect” place may not be the ‘safest’ place.”

Having important fire safety features in the home is often overlooked by students who are more interested in finding housing that is inexpensive, close to campus or provides them with their own bedroom. Parents are encouraged to visit potential housing locations before a lease is signed. If parents aren’t able to be physically present for a housing visit, a virtual tour of the apartment or house is recommended.

The University of Texas-Austin recommends asking a prospective landlord the following questions:

In an effort to keep students safe when living off campus, the city of Cincinnati created the safe student housing program. It offers a database of rental properties that have passed the city’s fire inspection. Participation by landlords is voluntary. If a landlord agrees to participate, the fire inspection is free and if the property passes it is listed on the database for two years.