Transformers are everywhere, from compact ones used to charge our cell phones or laptops up to large industrial transformers used in manufacturing plants and power grids. Transformers have been around since the late 1880s.

Transformer failures caused by insulation breakdown can happen even when best industrial practices are followed according to IEEE “Core Study Of The Failure Of Two 13.8 KD Control & Metering Transformers That Caused Significant Equipment Damage.” This article explains electrical transformers to include their history, reviews the IEEE Case Study, discusses a recent civil case involving a transformer loss and offer suggestions on handling transformer claims.

What are Transformers (Autobots or Decepticons?)

In the “Transformer” movies, Autobots were heroic robots that could transform into machines from the planet Cybertron battling the evil Decepticon robots to save the world. Today a “transformer” is a machine used to transform power from one circuit to another without changing frequency by using inductively coupled conductors. More specifically, a transformer is used to bring up or down voltage in an AC electrical circuit. Assume you have two wires. One has current going through it that is changing. That current can be induced to the second parallel wire by a transformer. You do that through winding turns of wire around a piece of iron coupled to another set of windings coupled to a core inside a transformer. That permits an electromagnetic field increasing the voltage to the other wire. You put two coils of wire close together while not touching. The magnetic field from the first coil called the primary winding effects the other coil (secondary coil) to increase the voltage.

William Stanley working for Westinghouse built the first reliable commercial transformer in 1878. The theory of induction that formed the basis of transformer development was discovered by Joseph Henry and Michael Faraday in the 1830’s.

Think of the electrical transmission lines we see. When electricity is generated it is cost effective to generate at a low voltage. But it has to be sent great distances to companies or individuals to use. Originally Direct Current “DC” power was used in the 1880’s but it was hard to transmit over distances because you needed low voltage on a wide wire or high voltage on a skinny wire. High voltage on DC was very dangerous and low voltage on wide wire was not practical. But with Alternating Current “AC” power you can use high voltage down a long wire. To make that transmission efficient that low level power is stepped up to increase efficient electrical power transmission. That is done by a step up transformer. But that step up to high voltage cannot be used by an ordinary customer. So that high voltage is stepped down to the desired voltage by a step down transformer. The power coming into a home is 240 volts from the breaker box and split into lines of 120 volts for home sockets and 240 for appliance sockets.

A common transformer we use are small transformers used in home electronics.

In 2012, the Institute of Electrical and Electronics Engineers (IEEE) published “A Case Study of the Failure of Two 13.8 kV primary transformers. The resulting failures were destructive to the transformers and related electrical equipment lineup. The first failure studied was on August 27, 2007 involving a cast-epoxy 15kVA 13.8kV primary transformer. This Control Power Transformer (CPT) fed one side of the lineup failed on its primary winding side insulation. Turn to turn and layer to layer electrical shorting happened.

Interestingly, the protective “E” type primary fuse was not activated to clear the fault even though the transformer ultimately failed. The transformer had cast-epoxy inside. Investigation of this first failure found the CPT failure progressed over time until the epoxy cast primary was overheated boiling off its resin creating significant smoke alerting the fire department. The most likely failure scenario was a shorted turn in the winding due to insulation failure. As the temperature increased the remaining insulation would fail and this would not require a substantial amount of electrical current to cause the failure. The extreme heat caused electrical arcing progressively destroying the insulation and welding the wire together.

The IEEE Study quoted from the Manufacturer’s Installation Instructions for Replacement CPTs “If a transformer develops a winding fault, in many instances the primary fuses do not clear the fault until the transformer has split open from internal pressure.

A Metering Potential Transformer (MPT) failure of December 17, 2010 was also analyzed. That failure involved a cast-epoxy 13.8kV primary transformer that was destructive to it and the related switchgear line-up. Again the “E” type primary fuse did not clear the fault. The failure of the MPT caused a short-circuit and ground fault at the MPT’s input contacts melting and vaporizing the contacts. That damage caused an arc flash and arc blast sufficient to mechanically destroy facility equipment blowing the lower compartment front door off the enclosure holding the MPT damaging the rear panels to that compartment.

Originally, when the first failure happened, temperature rise was the likely initiator and proactive replacement of CPT’s was begun. However, after the second failure it became apparent that MPT’s are not a power handling transformer that would have a problem with temperature rising during usage. What became apparent is degradation of the epoxy can cause catastrophic failures. Normal life span of transformers is 20 years and many continued to work long after that up to 80 years of age.

The concerns with cast epoxy breakdown was explored in a recent civil case. An electrical facilities building had a catastrophic failure of CPT transformer that caused a fire and power outage. That failure caused fire and smoke damage to equipment at the facility. Initial examination revealed the fire originated in an electronic equipment cubicle in the building. Closer examination revealed it was a CPT. That CPT showed substantial internal electrical arcing and ground faulting. An experienced engineering consultant specializing in transformer failures was retained.

The expert’s investigation found no evidence of long-term overloading or any system problems that would have caused external electrical activity to damage the CPT. The epoxy insulation in the failed CPT did not prevent electrical arcing as it should have. That inadequate epoxy insulation allowed arcing, heating the copper windings and transferring additional heat to the epoxy insulation. Long term arcing inside the high voltage windings caused further breakdown of the epoxy insulation creating a void that permitted ground faulting and ultimate failure of the transformer. The intense, localized arcing damaged and deformed the high voltage windings was not caused a long term overload or an external fire. The plaintiff contended in the civil action that the CPT with inadequate insulation permitting electrical arcing was a manufacturing defect as well as a design defect under strict liability tort law. After extensive investigation, filing suit and discovery the subrogation matter was confidentially resolved.

As noted in the IEEE report, transformer failures put the entire connected electrical system at risk of failure. Improper epoxy insulation in transformers can cause fires. If you are faced with a transformer loss, engaging an experience engineering expert is essential along with preserving related physical evidence. Failure to assess epoxy insulation as part of your expert’s fault tree transformer failure analysis may be like Optimus Prime failing to detect Megatron came back to life in the Transformer movies. 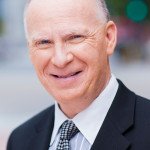 Peter A. Lynch is a member of Cozen O’Connor’s Subrogation & Recovery practice group. He can be reached at plynch@cozen.com.