In 2014, winter storms caused $2.3 billion in insured losses, second only to damage caused by severe thunderstorms, according to Munich Re. 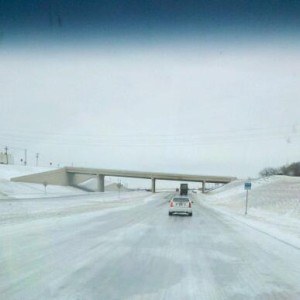 “Severe winter weather caused 15 percent of all insured auto, home and business catastrophe losses in the United States in 2014,” Dr. Robert Hartwig, president of the I.I.I. and an economist, said recently.

Initially, insurers typically see more property losses. Also, because of weather warnings and media coverage during blizzard-type conditions, people are less likely to venture out so auto losses tend to be low until roads are cleared. Insurers will then typically see an upswing in collision losses.

Edmonds said that in terms of premiums taken in, carriers are prepared for winter storm losses. On average, winter-related claims range between $1.2 and $1.4 billion.

Historically, he said, carriers had inadequate pricing and that was reflected in sizeable premium increases in 2009 and 2010 on the homeowners’ side.

According to AIR Worldwide, winter storm Juno dropped up to 36 inches of snow in parts of Massachusetts with some parts of Maine and New Hampshire receiving nearly 30 inches of snow. The catastrophe modeling firm noted that ten to 20 inches of snow can lead to loads of roughly 15 to 30 pounds per square foot on flat roofs. A calculation that does not account for snow drift which, according to AIR, can significantly increase loads.