An exhaustive analysis of data from more than 40,000 cases of brain trauma in children – published by the authoritative New England Journal of Medicine – provides convincing evidence that protecting children in advance from head injuries is the key to reducing their severity.

The new findings, obtained during one of the largest multi-center prospective studies of its kind ever conducted in the United States, show that the most common cause of brain injury among children younger than 12 is falling – typically from a moving bicycle, scooter or other wheeled device. Among U.S. adolescents, the three major causes of brain trauma are automobile accidents, assaults and sports-related injuries. 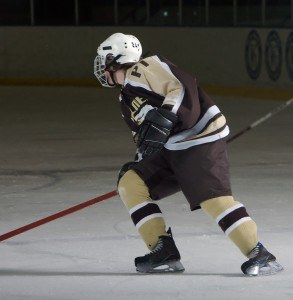 “We studied a very large cohort of patients in our secondary analysis of this previously collected data,” said Dr. Prashant V. Mahajan, professor of pediatrics and emergency medicine at the Wayne State University School of Medicine, “and the good news for all of us is that they demonstrate clearly the importance of prevention in protecting children from brain trauma. The bottom line on this prospective study of more than 43,000 pediatric brain injuries is that it identifies falls – often from bicycles – as the major cause of trauma in children under age 12. Knowing that, we’re now better able to help educate parents and policymakers alike about the great value of safety helmets for this population of kids.”

“Once again, the implications of this very large study are crystal clear,” said Dr. Mahajan, who has spent the past 18 years treating injured tots and teenagers at the Children’s Hospital of Michigan, part of the Detroit Medical Center. “Our study really emphasizes the importance for pediatricians of educating parents as a key strategy for reducing the severity of such brain injuries among children everywhere.”

“That’s the lifesaving message contained in this study – and it’s the message I want to convey to parents and pediatricians everywhere, as a doctor who cares passionately about preventing fatal or disabling brain trauma in children.”