Watercraft thefts were down in 2013, according to the latest report on watercraft theft and recoveries in the U.S. released by the National Insurance Crime Bureau (NICB).

The report examines watercraft reported stolen between Jan. 1 and Dec. 31, 2013 and draws from data contained in the National Crime Information Center (NCIC) database for all 50 states and the District of Columbia.

The top five states for thefts in descending order were: Florida (1,310), California (628), Texas (382), Washington (208) and Georgia (182). No watercraft thefts were reported from Hawaii and the District of Columbia. 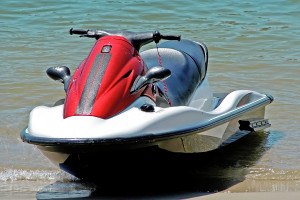 On average, there were approximately 15 watercraft thefts per day, 106 per week, or 461 per month in 2013. Most thefts occurred during the spring and summer months with July recording the highest number with 691. February recorded the fewest with 260. Fridays saw the most thefts reported with 884, and the fewest were reported on Thursdays with 719.

Watercraft Types as Described in the NCIC Code Manual

Cruiser: a boat with an inboard motor that is at least 25 feet long, but no longer than 50 feet.

Yacht: a boat with an inboard motor that is more than 50 feet in length and is used mainly for pleasure or recreation.