The U.S. population aged 65 and older is estimated to increase from 47 million in 2015 to 72 million in 2030, meaning more senior drivers will be on the roads. This also means that more adult children may need to have difficult conversations with their aging parents about driving.

A new survey released by Boston-based Liberty Mutual Insurance reports a significant gap between the number of baby boomer children of senior drivers concerned about their parents’ driving abilities (55 percent) and the number who are actually having conversations with their parents about the issue (23 percent). Further, 29 percent of boomer children say they are likely to avoid the conversation entirely.

“Nine in 10 boomer children of senior drivers think it is important to have driving conversations with their aging parents, but few are taking action – thus, not addressing potential safety risks on the roads,” said David Melton, driving safety expert with Liberty Mutual Insuranceand managing director of global safety. “Earlier and more frequent conversations about senior driving are essential. If people take away one lesson from this study, it is to have this conversation with your loved ones – and have it soon.”

The Liberty Mutual Insurance survey of more than 1,000 boomer children of senior drivers indicates that they are more concerned about their aging parents’ driving (59 percent) than they are about family members driving under the influence (43 percent).

Less than half (38 percent) of boomer children of senior drivers think that their parents will understand and be open to a discussion about giving up driving. Most of the boomer children fear the outcome will be negative, predicting the following reactions: 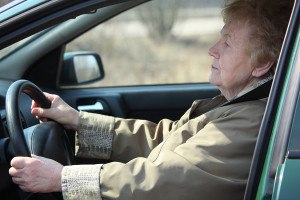 Boomers’ concerns about senior driving are valid, with 17 percent of all U.S. traffic fatalities happening to older individuals, according to the U.S. Department of Transportation. In 2011, 5,401 people aged 65 and older were killed and 185,000 were injured in motor vehicle traffic crashes.

“Aging is an inevitable occurrence that has several implications,” added Melton. “It’s important that we recognize that age can bring changes that impact one’s driving abilities. Each individual situation is unique, which is why Liberty Mutual Insurance encourages boomer children to talk openly with their parents about driving.”