This year saw one of the largest tax increases in history, and when combined with state and local taxes, for the first time since income taxes were levied in the United States, a taxpayer can end up paying over 50 percent of the income in some jurisdictions. 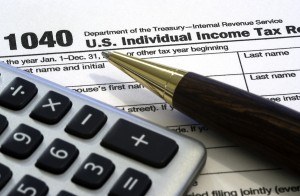 To add insult to injury, there are more tax proposals in the pipeline, including caps on itemized deductions and exemptions, which will further erode income.

Many people are aware that the vast majority of the states, 43 in total, impose a tax on income. The only states without individual income taxes are Alaska, Florida, Nevada, South Dakota, Tennessee, Texas, Washington and Wyoming. Further, in 17 states there is also some form of county taxes, with an overall average rate of 1.55 percent. Finally, local income taxes appear under a variety of designations: wage taxes, income taxes, payroll taxes, local services taxes and occupational privilege taxes. Some are imposed as a percentage of salaries or wages, while others are stated as a percentage of federal or state tax, and still others are flat amounts charged to all.

For example, residents of Yonkers, New York pay 15 percent of their state tax as a “piggyback” local tax. In Maryland and New York City, residents pay their local income tax when they file their state income tax. In all, there are a total of 4,943 local jurisdictions that impose taxes.

So why is this important, particularly in the context of a structured settlement?

To put this in perspective, let’s say a claimant is going to receive a settlement for $400,000. They could either take cash or have it paid out over time as a structured settlement, which will pay them $500,000, income tax free, over the next twenty years. If they were to take it all in cash and invest it, they would need to pay asset management fees (which are non-deductible), then pay federal, state and possibly local taxes on any gain or interest income.

As taxes rise, it eats up more and more of their investment return, putting into question whether they will earn enough to meet their future needs and expenses. A tax free structured settlement with a 3 percent yield can potentially put more money in a claimant’s pocket than a much higher yield that is subject to erosion from ever increasing taxes.

By way of example, let’s say a structured settlement proposal has a return of 3 percent, which may not sound exciting to a claimant. But if the claimant is in a 35 percent federal tax bracket and lives in a taxable state and local jurisdiction such as New York City, the calculation results in a higher tax equivalent yield. Factoring in state income tax of 7.85 percent and local tax of 1.005 percent, the same structured settlement with a rate of return of 3 percent now has a tax equivalent yield of 5.34 percent, a guaranteed rate that is superior to most conventional guaranteed investments.

Add to that the worry free, guaranteed security that a structured settlement provides, and you have a very compelling offer to any claimant. When you factor in the impact of taxes, an offer in the form of a structured settlement is financially better than a cash offer of the same amount, given the applicable interest rates and tax brackets.

John McCulloch is a settlement consultant with EPS Settlements Group, a national structured settlement brokerage. His office is located in Chicago, Ill. He can be reached at 630-864-8420 or by email at jmcculloch@structures.com.