West Virginia, Louisiana, Mississippi, California, Illinois, Montana, New Mexico, Alabama, Oklahoma and Florida are the top ten states with the worst legal climates in the country for businesses, according to the latest study of responses by U.S. attorneys conducted by the U.S. Chamber Institute for Legal Reform (ILR).

The study was conducted to evaluate how fair and reasonable states’ tort liability systems are perceived by businesses in the U.S. 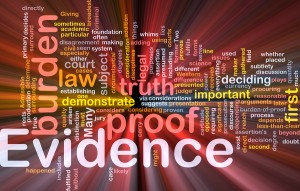 Delaware, according to those surveyed, has the best legal climate for businesses.

Almost half of all senior attorneys view the fairness and reasonableness of state court liability systems in America as excellent or pretty good, up 5 percent from the 2010 survey.

Seventy percent of the more than 1,100 company general counsels and senior attorneys who participated in the survey said a state’s lawsuit environment is likely to impact important business decisions at their company, including where to locate or expand their businesses. This number is up 13 percent from the same survey conducted five years ago, before the recession, according to the business group.

ILR’s “Lawsuit Climate 2012” report says Pennsylvania’s legal environment has worsened in recent years, according to survey participants, in large part because of lax venue rules, especially in the Philadelphia Court of Common Pleas, where 47 percent of the asbestos cases filed last year were by out-of state plaintiffs.

The corporate attorneys ranked Pennsylvania among the states with the least fair and reasonable legal environments and they ranked Philadelphia as the fifth worst city or county legal environment in the country following Cook County, Illinois and Los Angeles.

Respondents were asked to name the most important issue policymakers should focus on to improve the litigation environment in their state. Limits on discovery were mentioned by 5 percent of respondents. Other top issues were the elimination of unnecessary lawsuits, fairness and impartiality, speeding up the trial process and tort reform.

States were ranked according to key elements, including overall treatment of tort and contract litigation, having and enforcing meaningful venue requirements, treatment of class action suits and mass consolidation suits, damages, timeliness of summary judgment/dismissal, discovery, scientific and technical evidence, the judge’s impartiality and competence and juries’ fairness.

ILR has launched a national advertising campaign featuring Blitz USA, a Miami, Oklahoma-based company that says it was driven out of business in July as the result of lawsuits against it.