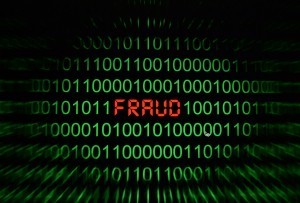 For insurers facing increased organized insurance fraud, predictive modeling and text mining will be the primary anti-fraud technology investments anticipated by insurers over the next two years, according to a survey by the Coalition Against Insurance Fraud (CAIF), which polled 74 U.S. insurance executives in May 2012 to understand how and to what extent insurers are using anti-fraud technologies.

“The State of Insurance Fraud Technology” was sponsored by SAS, a business analytics software and services provider.

CAIF estimates that fraud costs more than $80 billion annually in the US, with property and casualty fraud costs likely exceeding $30 billion. Statistics from the National Insurance Crime Bureau (NICB) showed a 19 percent increase in questionable claims from 2009 to 2011.

The survey confirms that risk from organized fraud is quickly becoming a massive problem for insurers. Over half of survey respondents benefited most by using anti-fraud technology to uncover complex or organized fraud activities, such as medical provider fraud and personal injury protection/no-fault fraud. About 19 percent of insurers were investing in link analysis technology.

According to the report, claims viewed in isolation is a major challenge to investigating organized fraud. “With multiple business units using different systems, some insurers often struggle with connecting the dots to identify these fraud rings,” the report stated.

“Anti-fraud technology is maturing rapidly and insurers have come a long way. But the study suggests many insurers have much room to grow,” said Dennis Jay, CAIF executive director.

The report noted that “studies suggest at least 75 percent of the information available in an organization is unstructured data and that percentage is likely to increase with the growth of social media.” More than one-third of insurers reported already using social media data within their fraud investigation, a number that is expected to grow.

SAS and CAIF will discuss the survey results in an interactive webcast on Oct. 25 at 11:00 a.m. ET.