Of the 2.1 billion prescriptions the American Medical Association estimates are written annually, nearly 25 percent of those were used by approximately 52 million Americans for something other than a medical reason. So says the National Institutes of Health (NIH). While teenagers make up a large percentage of drug abusers, nearly every age group is susceptible to prescription abuse. 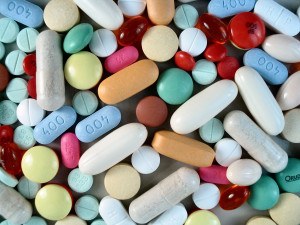 Drug diversion, as inappropriate use of prescription drugs is called, costs insurers nearly $72.5 billion annually, according to a Coalition Against Insurance Fraud (CAIF) report from 2007, the most recent year from which CAIF data is available. Since then, those numbers have spiked, many experts say. The NIH report shows a marked increase in the number of opioid prescriptions filled by U.S. pharmacists, from 192 million in 2007 to 210 million in 2010. Likewise, the number of stimulants spiked from 33 million prescriptions filled in 2007 to 45 million in 2010.

“The question is what is the definition of abuse?” according to Dr. Jacob Lazarovic, chief medical officer for Broadspire in Ft. Lauderdale, Fla. “There’s inappropriate use, abuse, fraud, diversion. The prevalence varies, but certainly there are a lot of problems in pharmacy use.”

The CAIF report also suggests that insurers could be on the hook for enormous liability judgments if they are sued for failing to “reasonably prevent” rampant fraud schemes. Drug manufacturers and pharmacists already have been hit with such lawsuits, brought by victims killed or injured through their addictions to diverted drugs.

With preventable costs that high, insurers should be on top of the problem. Yet they aren’t, according to James Quiggle, CAIF’s director of communications. He said his organization’s report shows that while some health insurers are actively involved in identifying fraud and abuse, many don’t realize there’s a problem.

The report surprised him. “The surprise was how large the epidemic of drug diversion really is, and how far insurance companies have to go to launch a coordinated assault on fraud,” Quiggle said. “Insurance companies and other payers simply didn’t recognize the extent to which they were possibly being bled.”

Insurers may not be as blind to the problem as CAIF’s report indicates, yet they are certainly silent. No insurer responded to the request for an interview for this article, an indication according to one source of the industry’s reluctance to publicly address drug abuse as insurance fraud.

Claims adjusters and departments can become catalysts for change. Data mining software can be effective in identifying fraud, according to the Insurance Information Institute. Patterns in prescription fulfillment, frequency of prescriptions and “doctor shopping,” in which patients go to different doctors to obtain the same prescriptions repeatedly, can be pulled automatically from records. Claims staff can then determine the severity, prioritize and send the data to investigators.

Linda Webb, president of Contego Services Group, career fraud investigative expert, and star of the upcoming pilot production “Fraud Dog,” said the industry needs to rethink the claims process. Putting investigative measures and prevention at the front-end of a claim filing can save untold amounts of money for companies and insurers, she said.

Webb suggested claims departments have a strong medical team, as well as pain management teams monitoring prescription drug use. Understand the claimant and the viability of the claim, Webb advised. “Was the claimant actually injured? Have there been multiple prior claims? How many prior hospital visits and [how much] pharmacy use is there?”

Good medical management and monitoring at the beginning of the claim is Webb’s recommendation for thwarting a problem before it begins. “For claims companies that are very aggressive in their investigations, they will see those patterns, and they should be questioning that,” she said.

If they or their family members have had multiple claims, that’s also a red flag, Webb added. “We’re in multi-generational fraud cycles,” she said. “It’s been passed down. It becomes a learned behavior.”

Experts advise first investigating the drugs most commonly abused. According to the NIH, these fall into three categories — opioids (pain relievers), central nervous system depressants (anxiety/sleep disorder treatments), and stimulants (for conditions such as ADHD and narcolepsy). By far the most-abused drugs are pain relievers, accounting for 210 million prescriptions annually.

Pharmacies now are sharing information, which has made it easier to monitor patient use of prescription drugs. That, Webb said, has been a huge improvement in the past decade. Still, she recommended all players in the management cycle — insurers, doctors, claims personnel, pharmacies, pain management companies and nurse case management — conduct due diligence.

“That’s aggressive claims handling,” Webb said. “It’s important, too, to have early return-to-work programs. That’s one of the most successful programs because the employee is back working and not focusing on pain or drugs.”

One expert believes that current reporting systems do more to tie the hands of claims professionals than to allow them the ability to curb fraud and abuse. “The nurse and claims adjuster can’t do a darn thing, except [to] notify the providers of possible abuse. That is part of the problem,” said Thomas F. Jan, fellow with the American Osteopathic College of Physical Medicine & Rehabilitation, and diplomate for the American Academy of Pain Management and the American Board of Addiction Medicine. “The providers are the ones that have to address the problem.”

He recommended claims adjusters point patients to addiction and pain specialists early, and then provide treatment support. That is less expensive than waiting for addiction to become a months-old problem, he said.

Broadspire’s Lazarovic recommended processing claims through a pharmacy benefit manager, which can provide data necessary to detect problems. With workers’ compensation cases in particular, he said pharmacy benefit managers can provide answers to key questions. “Are the prescriptions compensable and related to the medical injury? Are they all medically appropriate for the condition being treated? And are the dosages correct and appropriate?” he said.

Quiggle believes the claims industry has many tools to thwart abuse of prescription drugs and fraud. “To a large extent, the data are there,” he said. “The question is how do you mobilize that data to recognize patterns? Then once you recognize the pattern, how do you respond to it? There needs to be company-wide, payer-wide protocols.”