Overall customer satisfaction with the auto claims experience remained stable during the fourth quarter of 2011, despite an increase in the number of auto insurance claims and the amount of time needed to repair vehicles, according to the J.D. Power and Associates 2012 Auto Claims Satisfaction Study released today. 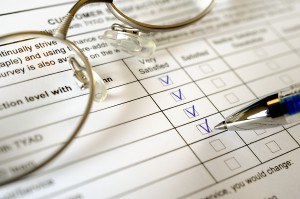 “Auto body shops handled the increased repair volume well, and insurance companies did a good job of keeping their customers informed, which helped manage customer expectations,” said Jeremy Bowler, senior director of the insurance practice at J.D. Power and Associates. “Communication between insurance companies and their customers is vital to satisfaction during the claims process. Customers tend to be significantly more satisfied when their insurer lets them know when they can expect their vehicle to be fixed and then provides updates along the way, than are customers whose insurance company provides less communication.”

The study finds important shifts in the way customers report vehicle damage to their insurance company. For example, several agency-based carriers appear to be encouraging their customers to contact a call center rather than their agent to file a claim, a practice sometimes referred to as direct first notice of loss.

“Not all customers want to work with an agent; some just want to file their claim in the quickest and easiest way possible, whether that be through a call center or online,” said Bowler. “There still is a significant share of customers who prefer the personal interaction they get with an agent because they value working directly with a person they know.”

The study measures customer satisfaction with the claims experience for auto physical damage loss. Depending on the complexity of a claim, the claimant may experience some or all of the following factors measured in the study: first notice of loss; service interaction; appraisal; repair process; rental experience; and settlement. Settlement is the most important factor in overall satisfaction among both total loss and repair claimants.

The 2012 U.S. Auto Claims Satisfaction Study is based on more than 3,500 responses from auto insurance customers who filed a claim within the past 6 months. The study excludes claimants whose vehicle only incurred glass/windshield damage or was stolen, or who only filed roadside assistance claims. Wave I of the study was fielded between November and December 2011.