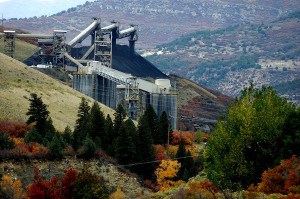 From April 2010 to June 2011, the number of underground mining employees grew by about 11 percent, Main said in an interview with The Associated Press on his second anniversary as assistant secretary of labor in charge of mine safety.

There was also an 8 percent increase in the number of new mining units, meaning either new operations or expansions of existing mines, in the past fiscal year. Main said that demonstrates that strategic, targeted initiatives can work.

“We’ve applied tools that are effective on safety but also don’t deter growth,” he said.

Main, who oversees the well-being of the nation’s 392,000 miners, spent 22 years heading the United Mine Workers of America’s Occupational Health and Safety Department. He was a critic of his predecessor, Richard Stickler, and has since launched dozens of programs to help make coal, metal and nonmetal mines safer.

Those initiatives include: stepping up inspections of mines with a history of problems and creating criteria for identifying, listing and delisting pattern violators; retraining MSHA supervisors in the coalfields; bolstering the number of inspectors; expanding worker safety programs; and refocusing on the perennial battle against black lung disease.

MSHA is still working on new proximity-detection rules that could help reduce the number of miners crushed to death by equipment each year. From 1984 through 2010, 30 miners died and 220 were injured when they became crushed, pinned or struck by continuous mining machines.

Main is still evaluating a pilot program aimed at eliminating a huge backlog of contested violations through conference settlements. The way operators have used the existing system has sometimes hindered the agency’s ability to act quickly at problem mines.

Two test cases have been reviewed, but Main said the process was labor-intensive, and the agency may not have enough people to handle all the discussions.

Yet Main was reluctant to declare U.S. mines safer today than when he took over.

“We’re not in a perfect world,” he said, “but I’m saying that all these things, in totality, have to be helping.

“The programs that we’ve implemented, the actions that we have taken have served to improve the safety in this country,” he said. “Are we where we need to be? No. Is every mine at the same level? No.”

The explosion that killed 29 men at Massey Energy’s Upper Big Branch mine last year was a major setback for MSHA, but 2011 is on track for a historic low in the number of mining deaths.

“But we know that can change at the snap of a finger,” he said.

Main did not say when MSHA will release its final report on the blast at Upper Big Branch, which the agency has long blamed on naturally occurring methane gas and an accumulation of coal dust. It says poorly maintained cutting machinery sparked the blast, while a malfunctioning water sprayer allowed a flare-up to become an inferno.

Main said only that the report and accompanying violations will be issued by year’s end.