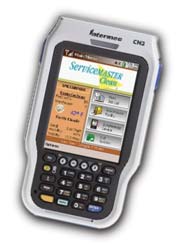 The day after Hurricane Irene hit, global recovery firm ServiceMaster’s call center averaged 1,100 calls a day but despite the heavy call load, the company was able to respond in a timely fashion—always important with water damage —thanks to a new handheld device.

The device, known as Mobile Service Manager (MSM), saves between two and four hours on the average water loss job, according to Pete Duncanson, director of training and technical support for Service Master Clean.

In addition to providing efficiencies and cost savings for ServiceMaster, the device gives insurance adjusters a clear picture of the loss and its value in real time, he said.

Duncanson is no stranger to directing disaster mitigation relief efforts. He has been on the site of the last five major hurricanes in the United States. His experience led to the company’s development of the MSM, a rugged, handheld device first used by the company in 2006. The device has improved ServiceMaster’s ability to respond during catastrophic events like Hurricane Irene, according to Duncanson.

Prior to Hurricane Irene’s landfall, the company monitored weather reports and stationed crews on the outskirts of where the hurricane was to make landfall. More than 1,200 people and 10,000 pieces of equipment were positioned along the East Coast.

The company had a mobile unit, fitted as a command center, on hand to process claims. “Our command post is based out of our hauler, a 52 foot semi-trailer, to handle losses as they come through. That command center was moved a couple of times,” said Duncanson.

As losses streamed into ServiceMaster’s call center, they were dispatched to the command center. The day after Hurricane Irene hit, these calls were averaging 1,100 a day.

Timing matters in water damage claims and restoration should be accomplished within the first 72 hours. Many materials like carpeting and pillows can’t be salvaged after that. “First and foremost, speed is of the essence. We want to handle a water loss before it becomes more severe,” said Duncanson.

The MSM tool speeds up response time and boosts efficiency, according to the veteran claims professional. The device reduces administrative time by handling paperwork electronically, from customer signatures to drying documentation and records.

In addition, Duncanson said the device promotes increased accuracy because it offers equipment and drying recommendations needed for a building or loss.

The proprietary device is web-based and uses barcodes to collect data, transferring information wirelessly to the office or directly to the claims adjuster. In addition, the device integrates with the Xactimate pricing program to provide repair estimates.

While processing claims quickly is important, Duncanson stresses safety during any weather catastrophe.

The building owner, adjuster, and mitigation provider need to consider electrical and structural hazards. He recommended they wear protective clothing before entering a flood-damaged home.

“The potential for mold is there, but you have other bacteria that can enter the building as the waters rise,” said Duncanson. “Wear long sleeves and pants, wear gloves and boots, and if you do have a large presence of mold — you smell that earthy scent in the air — you may want to wear a respirator.”

Though the weather may remain humid and wet outside, establishing a chamber within the home or building, and using the air inside to dry it, promotes effective drying. Equipment including air movers, humidifiers and even heat assist in drying the interior of a home or building.

What about the subject of odor? “If it was dried properly there is no odor,” Duncanson said. “Odor is an indication it was not dried properly.”