The Nebraska Supreme Court in Barnes v. American Standard Insurance Company of Wisconsin, 297 Neb. 331, 900 N.W.2d 22 (2017) recently considered whether an insurance company’s cancellation of an auto policy by certified mail permitted the granting of summary judgment on the cancellation issue. 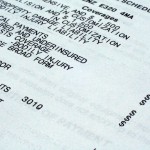 U.S. Postal Service form 3877, relied on by both Barnes and American Standard, indicated that there were three pieces of mail sent to Barnes. Form 3877 had a space on the form to indicate what type of service was applied to the mail but the box for “certified” was not checked. Form 3877 also had a space where the sender was to include the addressee’s information and stated “addressee” (name, street, city, state, and zip code). Although American Standard had supplied on the form Barnes’ name, city, state, and zip code, it did not include his street or house number. Form 3877 contained the Postmaster’s stamp, date, tracking numbers, fees and postal worker signatures.

Nebraska statute required the cancellation notice to be sent by registered or certified mail to the named insured. See Nebraska Revised Statute §44-516(1) (reissue 2010). Under the statute, insurance companies were not required to establish that the named insured received the cancellation notice. During the hearing the court noted that in the context of federal tax cases, other courts had determined that form 3877 was an acceptable method to prove that an item was sent by certified mail. Although the court noted the defects in the submitted form 3877, the court nevertheless determined that the “majority of the evidence in this case established [American Standard] complied with Nebraska Revised Statute §44-516 by sending the cancellation notice to [Barnes] via certified mail on September 18, 2013.” Therefore, American Standard’s motion for partial summary judgment was granted. The Nebraska Supreme Court rejected the grant of summary judgment and remanded.

The parties focused on the defects in form 3877. The District Court had acknowledged that American Standard failed to check the certified box and neglected to include Barnes’ street address on the form. Nevertheless, the District Court found that the defects were overcome by American Standard’s presentation of other evidence in the form of employee affidavits indicating mailing procedures and that American Standard’s cancelled procedures were followed. The street address on the cancellation notices on policies not at issue in the case created a strong inference that the cancellation notices were all sent to the same address, even though the notice in question did not have the address on it. Form 3877 did show that three pieces of mail (presumably the cancellation) were sent to Barnes.

The Nebraska Supreme Court began its analysis by noting that the burden of establishing an effective cancellation before a loss was on the insurance company. Therefore, it was American Standard’s burden to demonstrate compliance with the statute. Reviewing the trial court record, the Supreme Court found there was no actual direct evidence that the notice of cancellation was mailed certified to Barnes within the context of a motion for summary judgment. The court held that the weight to be accorded American Standard’s other evidence had to await resolution at trial. Had American Standard checked the certified mailing box, the proof of a certified mailing would have been greatly enhanced.

[T]he Supreme Court stated “[i]t is apparent from the wording of the provision in the context of the insurance co. that the purpose of the statute is to protect the insured from cancellation of his insurance without his knowledge. To accomplish this purpose the legislature could have required insurance companies to prove receipt by the insured. But, by enacting this section, the legislature clearly sought to strike a balance between the interest of the insured in being informed of a cancellation of his insurance policy and the burden that would be put on an insurance company to prove receipt by the insured. [Citation omitted]. In striking a balance between insured persons and insurers, the legislature gave insurance companies a “very low threshold of proof” relating to the mailing of cancellation notices, requiring only that the insurer show proof of mailing on a recognized United States Post Office form or form acceptable to the United States Post Office or other commercial mail delivery service [citation omitted]. The court then held that a finding that “the statute implicitly allows an insurance company to use other evidence to show it maintained the proof of mailing when the statute explicitly requires it to maintain such a form would disturb the balance that the legislature sought to achieve in enacting [the statute].

The Nebraska Supreme Court found the quoted language above to be relevant in its case disposition.

By adding those terms of art, the Nebraska legislature deliberately chose those services. Taking the inferences in favor of Barnes as the non-moving party, the court found that the evidence submitted by American Standard did not establish directly that it mailed the notice of cancellation by certified mail and it was not entitled to judgment as a matter of law.